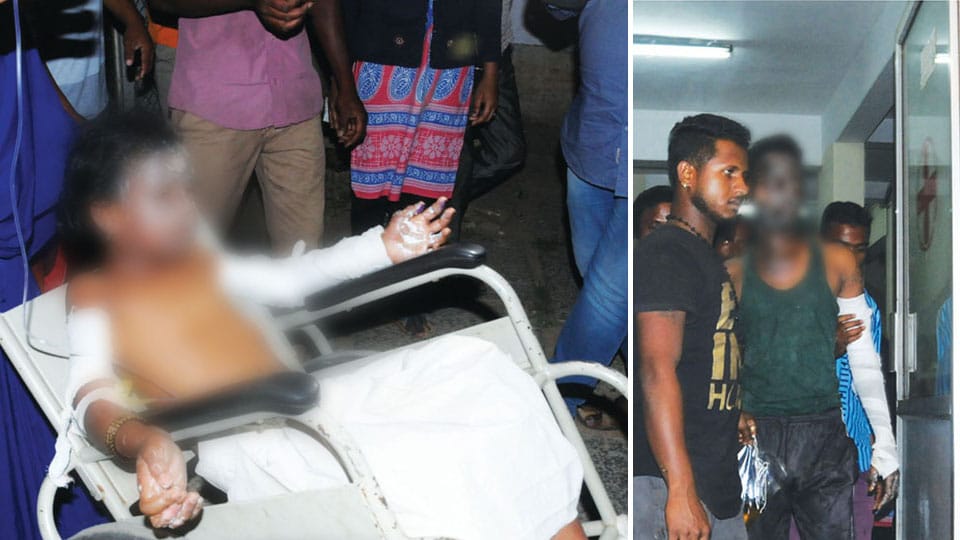 Mysuru: Three out of the six children who sustained severe burn injuries in the balloon explosion that took place when a group of persons was filling balloons from a cylinder to welcome Congress President Rahul Gandhi at Cauverypura in Srirangapatna taluk on Friday (Mar.23), are recovering at K.R. Hospital.

The three are being treated in the ICU of the hospital and are out of danger, according to hospital sources.

Three other injured children who were also admitted to K.R. Hospital have been discharged a couple of days ago and five other persons who sustained minor burn injuries in the incident, were treated at different hospitals.

Meanwhile, Veeroo creations of Chikkajala in Bengaluru, which was given the contract for publicity arrangements of Rahul Gandhi’s visit is learnt to have agreed to foot the medical expenditure of all the injured persons.

The agency is also said to have appealed to the parents of the injured not to proceed with the complaint regarding the incident, according to sources.

The parents of children who sustained burn injuries in the incident, speaking to SOM this morning, said that they learnt that KPCC President Dr.G. Parameshwara had announced a compensation of Rs. 25,000 to each of the injured. But the compensation money is yet to come, they said and urged that either the Government or the agency should appropriately compensate the victims.