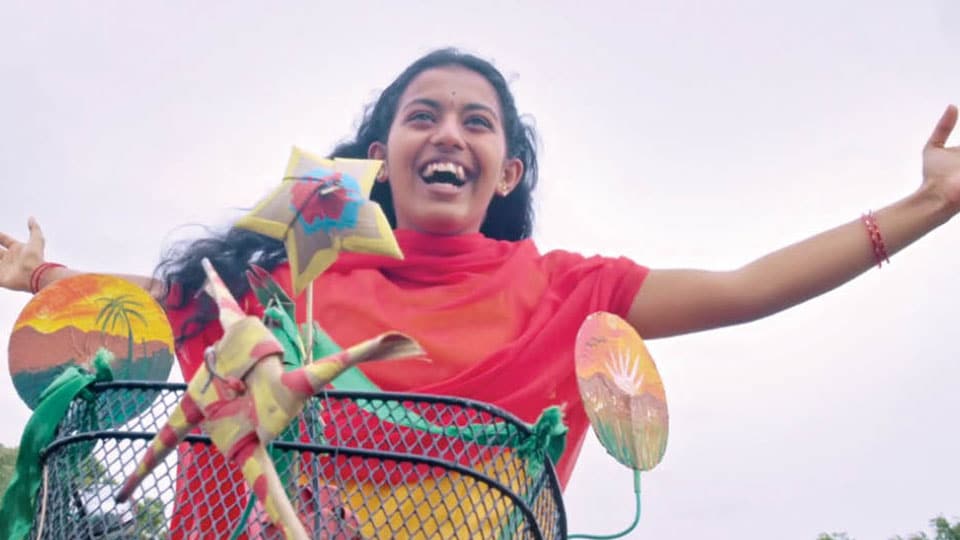 Mysuru: The award-winning children’s film Jeerjimbe will be released in city on Nov.16 in multiplex screens  —DRC, PVR and INOX — and across the country.

The Rotary Mysore and Rotary Midtown are sponsoring school children to watch the movie that depicts the struggles of a girl child who wishes to live her dreams and fly like a butterfly once it is transformed.

Nearly 2,000 students from schools and colleges in the city are being encouraged to watch this movie with the lead role donned by award-winning child artiste Siri Vanalli of Mysuru.   There will also be a special screening for school and college Principals.

Majority of child actors have been chosen from Natana  School of Theatre Arts, Mysuru and one of the lead actors is Siri Vanalli, trained in acting skills by Mandya Ramesh, Natana Director.

A few former students of Ramakrishna Vidyashala, Yadavagiri, got together to bring out this film. They include Executive Producer Karthik Shekar, Director Karthik Saragur and Music Director Charan Raj.

The old students of the Vidyashala have started Vivekananda Service Society where they have adopted 12,000 students from rural areas. Seeing the condition of the girls they were inspired to make a film on girl child from a rural area. It is a crowd-funding film where Pushkar Mallikarjun of Pushkar Films and Beehive Productions have produced the film. 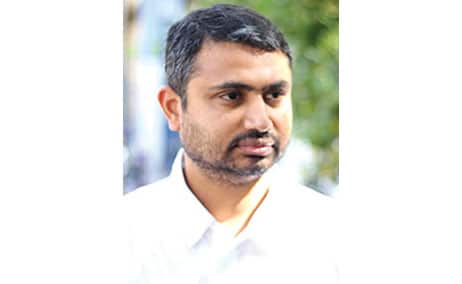 “It is children’s film for sure but I will say that it’s a film for the elders about children also as it is they who are responsible for fulfilling the dreams of their children,” said Saragur.

Asked what Jeerjimbe meant, he said that it means a Jewel Beetle. People in many parts of Asia and even India cut its head and empty the shell and then use it as ornamental jewellery. However, given a chance the Jeerjimbe would have metamorphosed into a beautiful butterfly flying with its wings. This is exactly the situation of the girl children in the country.

“The problem of child marriages is rampant in the country. In Varuna Constituency of Mysuru alone, there are five to ten child marriages. Not only in rural areas but also in Koramangala, one of the happening places in Bengaluru, nearly 300 child marriages take place. Hence, we made this film to bring about an awareness as to how a girl child has her aspirations and how she should be allowed to chase her dreams,” added Saragur.

He said that this film is a pro-development and not any pro-government one as it shows how any good government programme like giving free bicycles to girl students could change their lives. In this film, the cycle is the metaphor for the girl to dream.

Speaking to Star of Mysore on the occasion of Children’s Day today, Siri Vanalli said that  Jeerjimbe was shot nearly three years ago when she was a 10th standard student at Vijaya Vittala Vidyashala, Mysuru and she had played the lead role of Rudri.

Presently doing her Law at Bengaluru, Siri said that she was very happy to bag the Best Child Artiste Award for the film with a social message.

Siri Vanalli, who received the award given by the Karnataka State Film Awards Committee for 2016, is also proficient in Hindustani classical music.