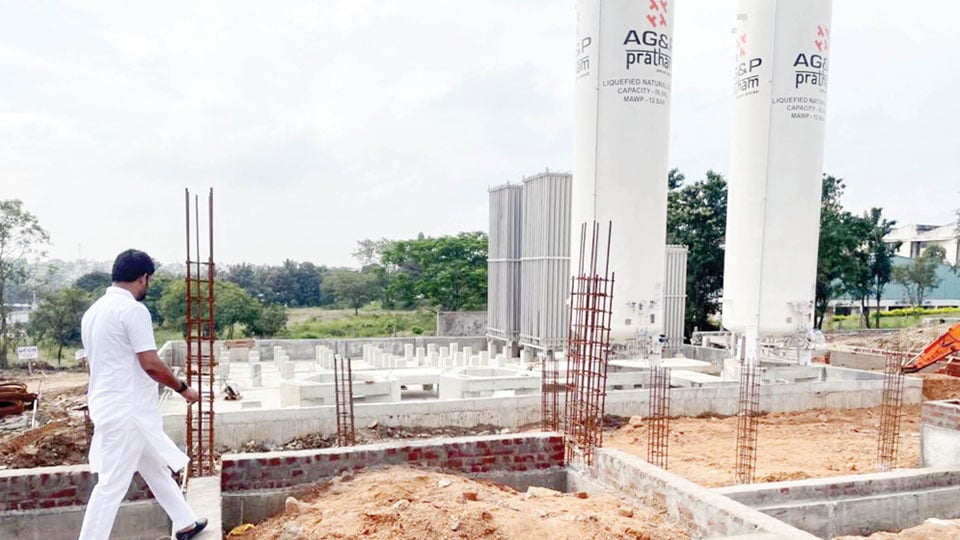 I write this letter with the utmost urgency to draw your attention to the gross injustice that is being done to Mysuru city by your own party MLAs and Corporators of the city. They are attempting to stop the much-awaited and desired piped gas supply to people’s homes.  A project that you have been strongly advocating and wanting to move India towards gas economy.

It may be relevant to state that I am a graduate of IITM with a Ph.D from the University of Houston. I have worked for over 20 years for Conoco and then for 9 years as USAID Consultant. I was a Board Member of Georgian National Oil Company and worked in Ghana, Uzbekistan, Turkmenistan, Kazakhstan, London, Milan, Dublin, Sweden, Belgium, Germany, Indonesia, etc. In some countries I have fought oil sector corruption.

When you announced the ambitious goal of achieving 15% gas share in energy mix by 2030 from the current level of 6%, having worked on several gas projects I was very happy. I have been promoting as early as 1990s for giving greater role to gas sector like in many parts of the world. I had suggested liberalisation of gas prices, promotion of international gas pipelines like Turkmenistan-Afghanistan-Pakistan-India, Myanmar-Bangladesh-India, Iran-Pakistan-India (despite the potential geo-political problems), promotion of LNG imports by establishing LNG terminals etc.

You have correctly set the goal for piped gas to reach 400 districts or 70% of Indian population in 2018. It was ambitious, but still achievable if we all try.

In the above background, I was shocked and saddened when your own party MLAs and Corporators in Mysuru opposed the piped gas project. They have advanced the specious argument that pipelines will damage the roads and no funds are provided to repair the roads. They also argued that crores have been spent to asphalt the road and it will go to waste now when roads are dug to lay the gas pipelines.

Mysureans are puzzled by their irrational and untenable  arguments in opposing the environmentally sound piped gas project. For most part, gas pipelines are laid on footpath which will not have any impact on roads. Also the piped gas project provides enough to restore dug up roads. Also despite all the so-called planning (in reality there is little) to prevent frequent digging of roads, there is frequent digging of roads even in new layouts. But these leaders never raised objections then. Why now?

In old Mysuru, sewage system has practically broken and digging of roads to install sewage pipelines will be inevitable. In short, objections raised are not with any serious concerns. Already gas pipelines are installed all over India and millions of homes are getting piped gas. Problems or concerns like the ones raised in Mysuru are not reported.

It is necessary to recall what happened while providing 24×7 water supply during UPA to Mysuru under JNNURM few years back. The contract was given by the State Government to a Tata company, JUSCO. From day one, most of the Corporators opposed the project. There were many hurdles by Corporators throughout the implementation of the project. Again, objections raised were not sound. Later it became obvious why the Corporators were upset. Being a Tata company, they refused to give the ‘usual’ commission. As a result even after spending more than Rs. 180 crore, Mysuru does not have 24×7 water supply today.

To our misfortune, history seems to be repeating in this piped gas project. This being a Central project, there is no provision for any commission. This was publicly stated by Mysuru-Kodagu MP Pratap Simha during a press briefing. He, along with JD(S) MLA G.T. Devegowada are the leaders who have been lending all the support.

No one will publicly admit to the “real reason” for raising objection to the project. But the public is fully aware of the shameful drama that is being enacted. A Council meeting of Mysuru City Corporation (MCC) was scheduled to approve the project. But few key leaders seem to have stage-managed not to have the quorum and it is not clear when the Council can take a decision.

May I urge you to institute two high-level committees. First should consist of top-level State BJP leaders. They should inquire into the unusual and citizen unfriendly performance of their own elected leaders. They should find out why they obstructed to a project which has energy security implications and contribute to fight climate change. Second committee of high-level officials should explore ways of getting around the issue of proceeding with the project with the utmost speed despite the objection by Corporators in a legally sound manner.