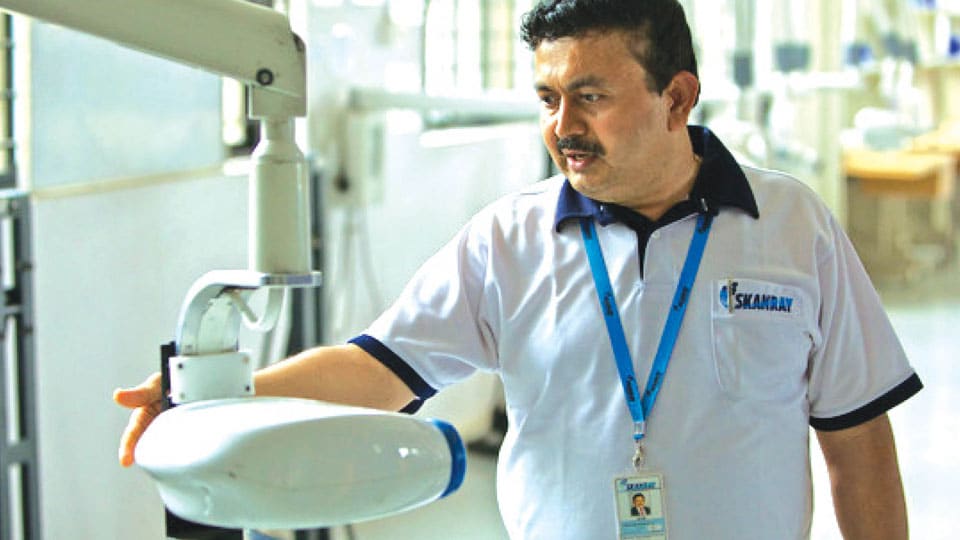 Mysore/Mysuru: Skanray Technologies, a Mysuru-based global exporter of ventilators, is drawing plans to locally assemble nearly one lakh ventilators (as per national demand) in the country with active support from the Union Government as the country prepares to gear up for emergency situation.

At a press conference held at the Mysuru Deputy Commissioner’s Office this morning, DC Abhiram G. Sankar said that 20 ventilators will be immediately procured from Skanray for Mysuru’s emergency needs.

Karnataka Health Minister B. Sriramulu has tweeted this morning: “To combat the #COVID19 breakout in Karnataka aggressively, State health officials had a video conference with officials from Skanray Company and it has been decided that the State will procure 1,000 ventilators immediately.”

Confirming that Skanray was looking to ramp up its production to meet emergency needs, Vishwaprasad Alva, Founder and Managing Director of Skanray, told Star of Mysore that the DRDO has assured that they will airlift the critical ventilator components to Mysuru for assembling.

“Skanray has healthcare technology solutions to counter the COVID-19 epidemic and is ramping up its production at its Mysuru unit and in Bologna in Italy to about 25 times its current capacity to gear up for the emergency need of the nation and the countries where it is active.

“Mysuru DC Abhiram Sankar personally met the ESDM team and reviewed the readiness to respond to the demand. He has created a National COVID-19 Technology Response Team with the Mysuru ESDM members to make 1,000 units to the State requirement on top priority and to be also ready to serve the 1,00,000 units of the country at the time of crisis,” Alva added.

On Mar. 21, Kiran Mazumdar-Shaw took to Twitter to urge the Indian Government to procure ventilators produced by Skanray. The company is India’s largest exporter of modern medical equipment and has its installations in about 80 countries around the world as Skanray and as an Original Equipment Manufacturer to the large Global med-tech companies. A ventilator costs anywhere between Rs. 5 lakh and Rs. 12 lakh and several critical components are imported, and that supply has stopped because European countries supplying them have stopped exporting in order to cater to their own needs. Skanray currently has the ability to produce 200 ventilators a month at its Mysuru facility.