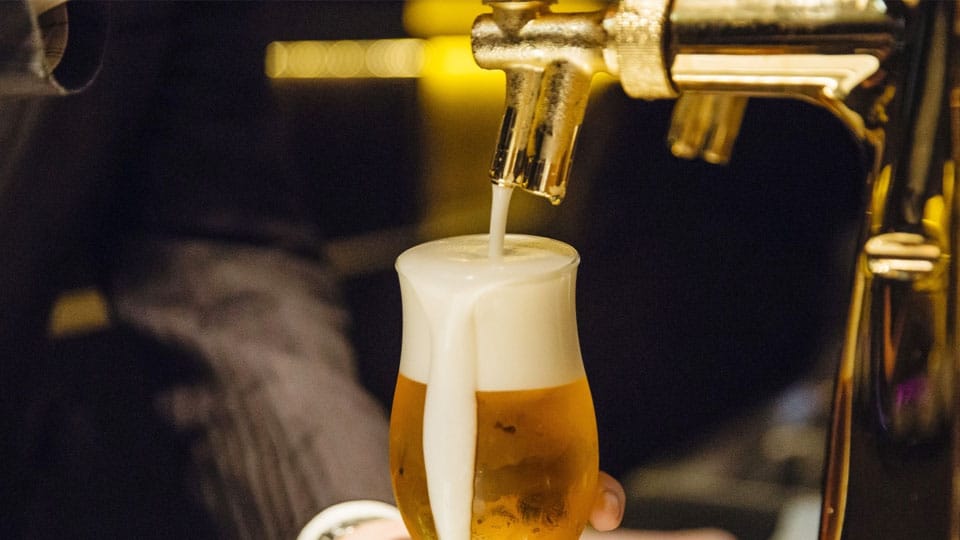 Mysore/Mysuru: Litres of beer is set to flow down the drain as some of the reputed sports and recreation clubs in city have not been able to sell their beer stocks and are staring at revenue loss. Even if some clubs managed to clear the stocks, they had to offer discounts to their patrons.

Desperate to get rid of old stocks piled up due to lockdown since Mar. 24 midnight, the Karnataka Government on May 8 allowed pubs, bars, clubs and restaurants across the State to also sell liquor at retail prices from till May 17 (today). The order was applicable to standalone CL-4 (clubs), CL-7 (hotels and lodges) and CL-9 (bars and restaurants) outlets.

But clubs in city are crying foul that no time was given to them to clear their stocks and the permission to sell stocks came with a lot of riders. Jayachamaraja Wadiyar Golf Club (JWGC) has to bear a loss of nearly Rs. 1 lakh. C.S. Ravishankar, President of the Golf Club told ‘Star of Mysore’ that branded beer, draught beer and normal beer worth over Rs. 1 lakh were left unsold.

“The lockdown was sudden and our club was sealed with no advance notice. Though we were permitted to sell our stocks from May 9, we could not do so. Since beer has an expiry date, we cannot stock them up for future sale,” he said and added that like standalone wine shops, clubs, bar and restaurants too must be allowed to procure fresh stocks.

If there was some kind of advance notice, the Club could have sold the stocks to members by offering discounts. “We could even donate the money to the CM’s Relief Fund. It is a missed opportunity,” he said. Ravishankar said that banning liquor only helped people who made money by selling stocks in black market.

Sri Kanteerava Narasimharaja Sports Club (Mysore Sports Club), however, did not face any losses but there was a scramble to empty stocks. President of the Club Sanjay K. Shetty said that due to beer’s expiry date and limited time, they had to rush with the sales among members. “We emptied the stocks that were up to 8 to 10 cases of beer. Fortunately, we did not face any loss,” he said.

Chairman of Mysore Race Club (MRC) Dr. N. Nithyanand Rao said that within two days of opening, the beer and Indian-made liquor stocks at the Club were exhausted. “We managed to sell the beer within the expiry date and also well within the Government deadline,” he said.

C. Narayanagowda, President of Cosmopolitan Club, said they had a beer stock for three months. “There were 140 cases of beer and due to lockdown, we were apprehensive. But within four to five days after opening, we managed to sell our beer stocks,” he revealed.

The J.P. Nagar Club had accumulated 36 bottles of beer and 12 pints. “As the Government deadline ends today, we have to bear with the loss of over Rs. 7,000,” said J.P. Nagar Club President Basavaraju.

Many clubs like Heritage Club in Vijayanagar, Viveka Social Club in Vivekanandanagar and Vijayanagar Sports Club had limited stocks of beer and as such they could sell them to their patrons. However, V.S. Prakash, President of Vontikoppal Club, admitted that they had to scramble to clear stocks. “The Government’s window period to clear the stocks was too less and we had to clear stocks before the deadline by offering beer discounts to our members,” he said.