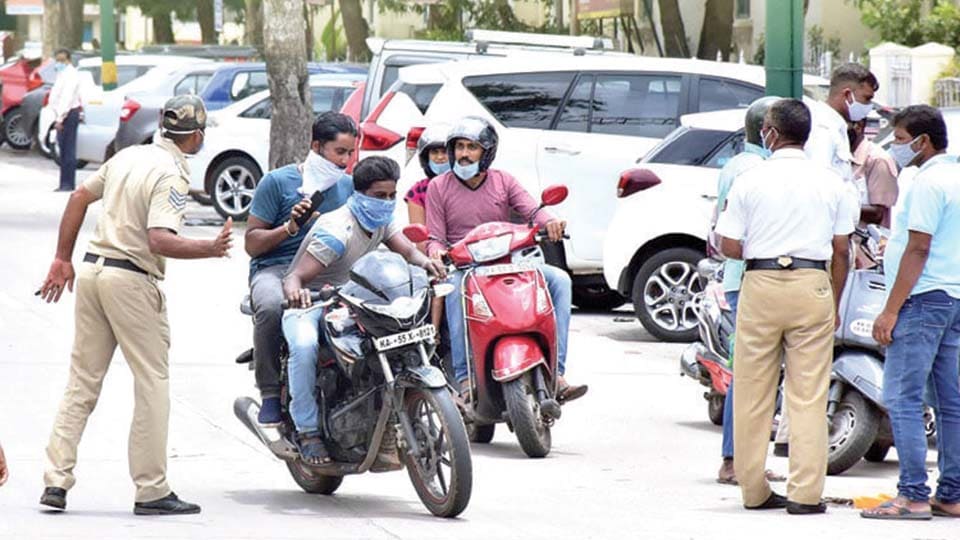 Mysuru: The Mysuru City Police have intensified their traffic violation fine collection drive along with resuming drunken driving tests. This comes after the fear of COVID is completely off the minds of the people, as well as the Department.

For the record, the City Police stands second in the State when it comes to traffic fine collection as between 2019 and 2021 — traffic offenders have coughed up Rs. 23.6 crore. Bengaluru City stands in the first place with a collection of Rs. 329 crore during the same period. Mysuru is closely followed by Hubballi-Dharwad where Rs. 18.9 crore was collected.

Saving lives is our priority

Imposing and collecting fines are not the only intention of Traffic Police. We do not want to fill the State coffers by collecting maximum penalties. Fines are imposed so that the offender does not commit the mistake again. Rather, saving lives is our priority. People on roads must follow traffic rules and many times, one person’s carelessness leads to another person’s loss of life. We have seen that many innocent lives lost or many maimed for life due to carelessness. The violator gets away after paying a fine but the other person suffers for no fault of his.”