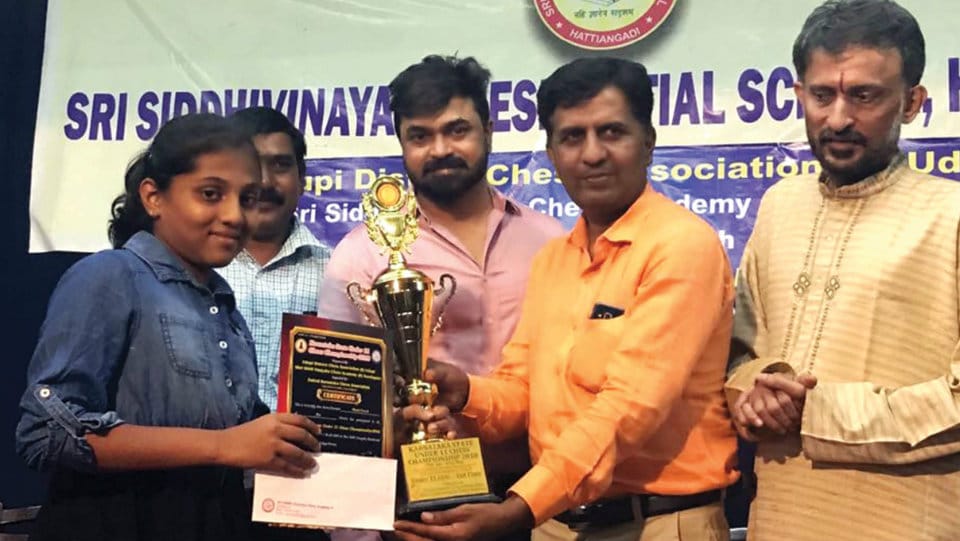 Dhatri Umesh of  NPS Mysuru and a product of Mysore Chess Centre secured runner-up place in the recently conducted Karnataka State Under 11 Chess Championship held at Kundapur. Dhatri is well supported by her parents Umesh and Brunda Umesh.

Dhatri Scored seven points out of nine round — she had an upset win over Top seed Shefali of Mandya.  The Tournament was won by WCM Shriyana S. Mallya of Dakshina Kannada.

Dhatri and Shriyana will now represent Karnataka in the upcoming National Under 11 Chess Championship to be held in Tamil Nadu.

Vindya Sridhar and M.N. Eshanvi of Mysuru finished 4th and 5th Place by scoring seven points in the Merit list.