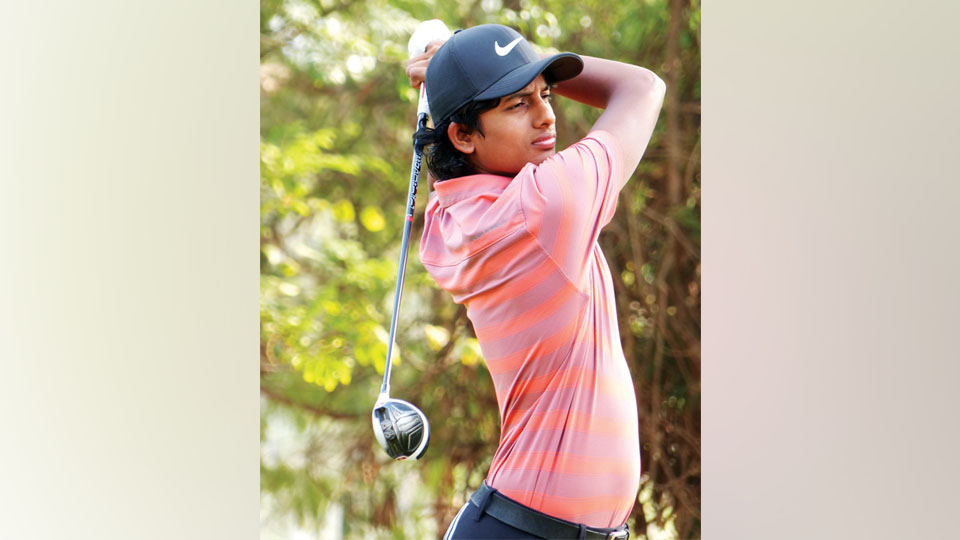 Aryan Roopa Anand from Mysuru is one of the most promising young golfers in the country.

The 17-year-old champion from Dattagalli here finished second after playoff at the Karnataka Junior IGU Championship at Eagleton, Bengaluru, in May this year.

A week before that he finished tied fourth at the Southern India IGU Amateur Championship, Clover Greens in Bengaluru. In April, he finished second in Maharashtra Junior IGU Championship held in Pune.

He has been qualified to represent India at Faldo Series Asia Grand Finals and secured fifth place in Under 18 category and is the only Amateur to make the cut in the recent concluded Bengaluru Open, a professional event by the Professional Golf Tour of India.

Aryan was born on 21st December 2001 and he started playing golf at the age of 8 and is currently getting trained under Tarun Sardesai, who is the only ‘A’ category Golf Coach in South India. Aryan is one of the emerging talents from South of India and is a full-time student at the Tarun Sardesai Golf Academy in Kolar.

He has had a fantastic and meteoric rise in the junior ranks after dominating the South Zone Junior Golf tour for four years. He is now currently ranked Number II in the National Junior Golf Circuit.

Aryan is fully into golf and wants to make a fruitful career and for this, he has opted for National Institute of Open Schooling (NIOS) and he is doing his Second PUC. Till 10th, he was with National Centre for Excellence in Bengaluru.

Golf is everything for Aryan and he recalls the days when he took the sport seriously purely out of passion for the game. “I used to watch my father play and watch a lot of golf on the television as well. Eventually I started liking it,” he says. He was just 12 when he made the golf choice.

Initially he used to play tennis but later realised that golf is his forte and bade goodbye to tennis. “I kept playing golf though I was not sure what I was going to do about it. When my father, who works in the works in the Telecom Department, got posted to Bengaluru, I met Tarun Sardesai and I realised my true potential and here I am,” he says.

His coach Tarun, a professional golfer himself, says that he has worked with many elite players in the past and feels that Aryan is a born athlete. His ‘never give up’ attitude gives him an edge over the other players in the field. “This young man is going places and I expect to see him making a career on an International Circuit very soon,” says Tarun.

Aryan is the son of Roopa and Anand, residents of Dattagalli.