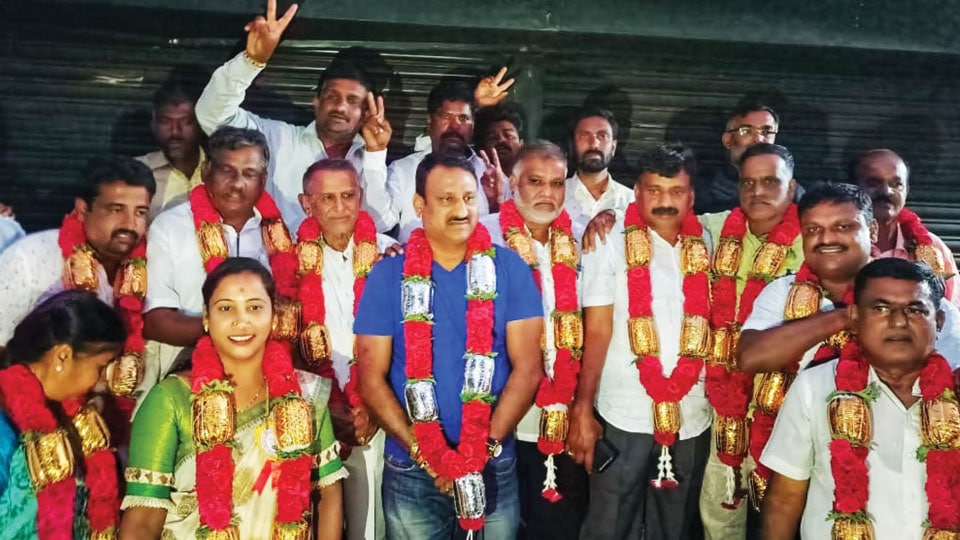 Mysore/Mysuru: The Mysuru District HOPCOMS (Horticultural Produce Co-operative Marketing Society) got a new team of Directors, with the election of eight Directors  on Sunday.

The HOPCOMS has 13 Directors and the election was held only for eight posts, as five Directors were already elected unopposed.

The polls were held at the Mango Horticultural Farm located behind Lalitha Mahal Palace on T. Narasipur Road, in which 1,184 out of the 1,736 eligible voters cast their ballots.

The counting of votes was taken up soon after the conclusion of polling, following which the winners were announced.