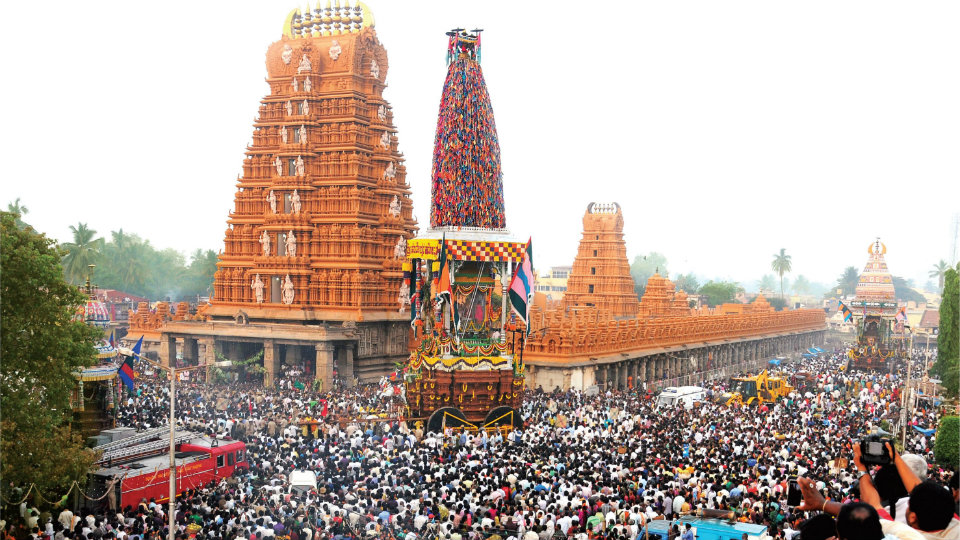 Bengaluru: With the demand for permission to conduct of usual Jatras and Rathotsavas across the State growing by the day, the State Government has allowed their conduct.

Following the outbreak of the deadly COVID-19 pandemic in March last year and the subsequent nationwide lockdown, the Government had cancelled  fairs, shandies, Jatras, Rathotsavas and such other festivals which attracted large gatherings across the State. But now with the growing demand from all quarters, the State Government has allowed conduct of all religious festivals, subject to following of COVID-19 protocol.

The Commissioner of Muzrai Department yesterday issued an order allowing temples to conduct all pujas and rituals associated with Jatras and Rathotsavas and other services. Also, Prasadam distribution, Anna Dasoha (mass feeding) and such other associated services have been allowed.

The Department has issued a circular in this regard to all the Deputy Commissioners (DCs) of the State.