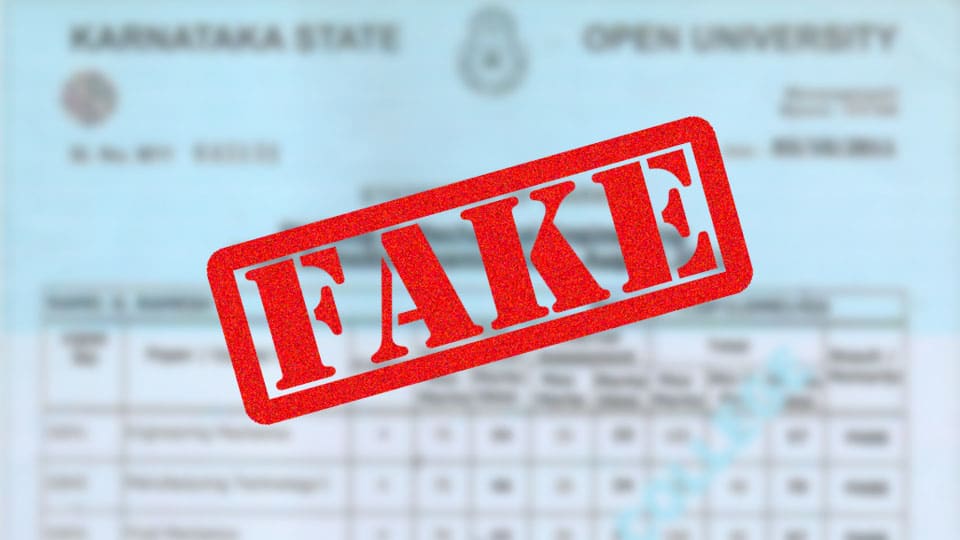 Acting on a tip off that a fake University in the name ‘International Global Peace University’ was conferring Hon. Doctorates in city this morning, DCP Dr. Prakash Gowda and staff raided the hotel during which a few organisers fled from the spot. The Varsity, it is learnt, after collecting money from over 150 gullible candidates, had organised a function to confer Ph.D degrees.

It is alleged that the University used to take lakhs of rupees from many people across the country and dupe them with fake certificates.

DCP Prakash Gowda said that the University had deployed many agents to bring candidates to the University and were being paid huge commission amounting to Rs. 50,000.

Vijayanagar Inspector Balakrishna and staff took part in the raid. A case has been registered in this regard at Vijayanagar Police Station.