Mysuru:  In the background of forthcoming Assembly election that will be held on May 12 and subsequent counting and the announcement of results, the City Police have warned rowdy-sheeters not to threaten or force citizens with regard to any of the voting process, failing which they would face criminal action.

A rowdy parade of Narasimharaja (NR) Police Sub-Division was held at Bannimantap Torchlight Parade Grounds this morning that was led by NR Assistant Commissioner of Police (ACP) C. Gopal. Over 135 rowdy-sheeters were summoned to the Grounds and they were issued stern warning not to indulge in any illegal activities.

Speaking to Star of Mysore this morning, ACP Gopal said that based on the directives issued by City Police Commissioner Dr. A. Subrahmanyeswara Rao, rowdy-sheeters and known defaulters are being made to sign bonds that they would not indulge in any political activity, except exercising their franchise in a peaceful manner.

In the bond, it has been mentioned that rowdy-sheeters would not indulge in group clash or in canvassing for candidates, threaten or influence voters to vote for a particular candidate, visit houses along with the candidates showing muscle power and gathering people for any political rally, he said.

According to the Police, action like externment would also be taken against those who threaten free and fair polling. There are three Police sub-divisions in the city – Narasimharaja, Devaraja and Krishnaraja – and each of them have over 350 rowdy-sheeters, divided across 18 Police Stations.

“Apart from rowdy-sheeters, we have communal goondas. We are making them write bonds that authorise us to arrest them at any moment. We have kept an eye on the movement of rowdy-sheeters and their regular parade will be conducted and they would be warned individually,” the Police said.

Liquor shops, and bars and restaurants have been instructed to adhere to liquor supply timings and to install CCTV cameras. Action would be taken against those who create ruckus seeking liquor supply after the closure of liquor shops. Rowdy-sheeters can peacefully exercise their franchise during elections but they cannot disturb others or try to suppress others’ rights,” they added. 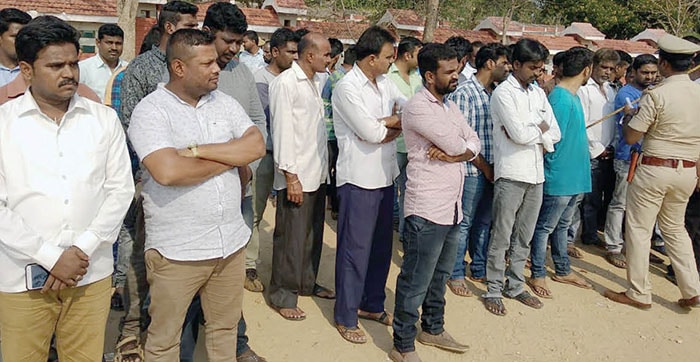 Bonds are being executed under various sections of Criminal Procedure code (CrPC) and it will continue till the elections are over. “The purpose of executing bonds is to check malpractices and forcible electoral favours. It is election time and rowdy-sheeters become active suddenly and there are candidates who hire their services. We want to prevent voters being harassed,” Police said.

If a person is booked under Section 107 of CrPC, he has to give an undertaking that he will not take part in any illegal activities for three years. In case of any violation, he will have to undergo imprisonment for the remaining period of the bond, the Police said.

If a person is booked under Section 110, the bonds will be valid for one year. To ensure compliance, the person who signs the bond will have to provide a surety of another person who has to submit relevant documents related to any property. In case of any violation, the property will be confiscated, the Police added.