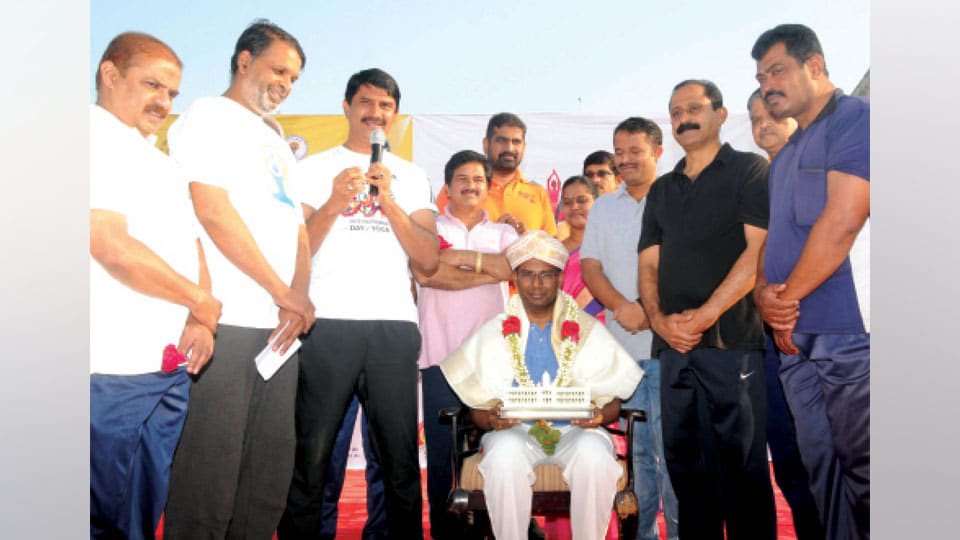 Mysuru:  The District Administration, Department of Tourism and AYUSH had organised a function at JK Grounds here this morning to thank and felicitate city yoga performers whose joint performance of yoga with over 54,000 participants on June 21, 2017 had made them to enter the Guinness Book of World Records for the biggest mass yoga performance.

The yoga performers who had assembled this morning took an oath to break their own record by taking the number of participants to one lakh this year.

A mass yoga was also performed on the occasion. Certificates were given to the participants and yoga associations who had contributed in achieving the world record.