Home » News » Clash of Commissioners: CM to decide this evening 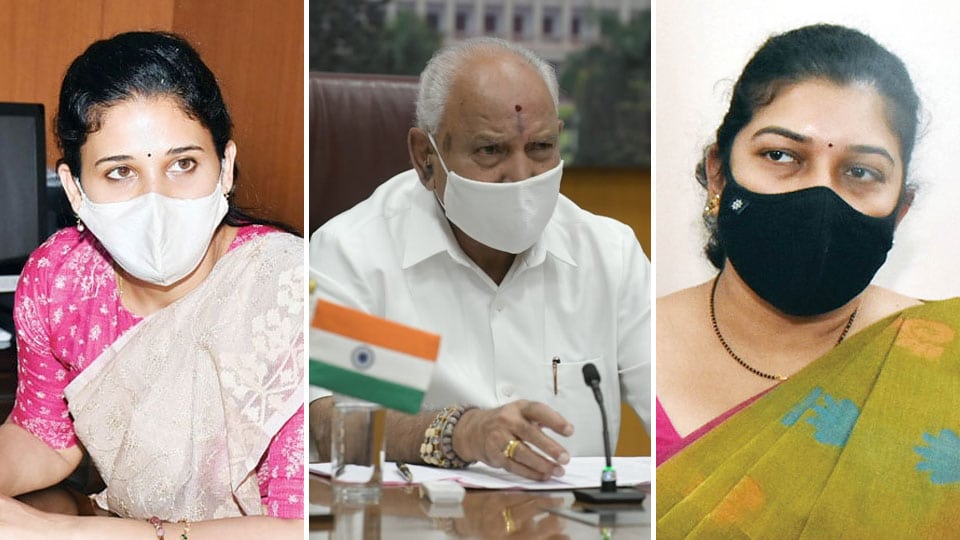 Clash of Commissioners: CM to decide this evening

Bengaluru/Mysuru: Chief Secretary P. Ravikumar met Chief Minister B.S. Yediyurappa this morning and apprised the CM about the tussle between Mysuru Deputy Commissioner (DC) Rohini Sindhuri and Mysuru City Corporation (MCC) Commissioner Shilpa Nag as a fall out of alleged harassment by the DC as claimed by the  MCC Commissioner.

Ravikumar explained to Yediyurappa about the events that followed after Shilpa Nag’s press conference on Thursday, the protests in support of her, the stand taken by the elected representatives in Mysuru and also the documentary evidence produced both by Rohini Sindhuri and Shilpa Nag making their stand clear.

However, as of now no official word has come out either from the CM’s office or the office of the Chief Secretary. Sources, however, said that a decision will be taken by this evening to put an end to the issue. The squabble between the two senior officers has already left the Government red-faced and has given enough fodder for the Opposition parties to criticise the Government.

At 1.30 pm today, however, Yediyurappa addressed reporters and told them that a decision will be taken in the evening. “The Chief Secretary has explained to me regarding the issue and we will discuss this today evening and take a decision,” the CM said.

“The CM will not allow this situation to continue especially at a time when the pandemic is causing a big concern and he will put an end to this by today evening. I will also explain to the CM about Mysuru developments,” Somashekar said.

He further said he has neither met nor briefed the CM on the fight between the two IAS Officers. Yediyurappa has his own sources through which he would have collected details.  “It is not the time to talk about the actions of both these officers as our immediate priority is to make Mysuru COVID free with co-operation of all elected representatives, officers and doctors,” he said.

On the comments from Congress that he failed as District Minister, Somashekar said that he was ready to tender resignation to his post if the Congress showed how he had been unsuccessful in handling COVID. “Before making allegations, let former MP Dhruvanarayan realise how many districts he had visited as KPCC Working President and for how long he will remain in that post. In fact, Congress Legislators are praising me for visiting rural areas to take stock of the pandemic,” he added.