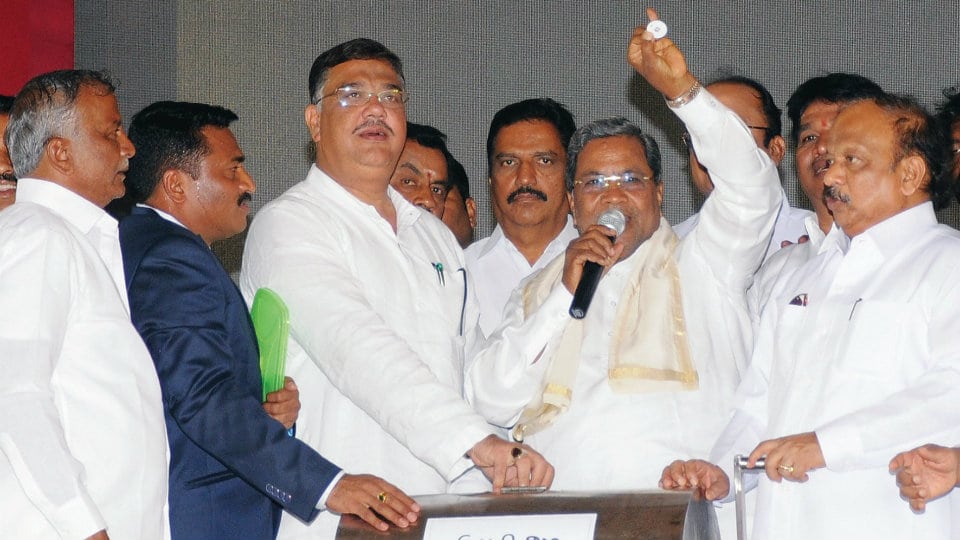 Mysuru: It was a long twenty-year wait for the MUDA site aspirants of R.T. Nagar, as Chief Minister Siddharamaiah symbolically picked up the lots from the manual rotating drum, at R.T. Nagar here this morning.

He picked up the token of nearly 13 people, belonging to SC/ST and physically challenged category and distributed allotment letters of the sites that were typed on the spot to them in the presence of nearly 2,000 people.

Interestingly, even a few sites that come under ‘H’ Category (reserved for people recognised for their distinguished services or contributions to the field of arts, music and science among others) were also distributed today  by the CM with actors Ramesh Bhat and Srinivasamurthy, sportspersons Rita Priyanka (Arm Wrestling Champion hailing from Mandya) and Poojashree Venkatesh (Tennis Player from Mysuru), Educationist Sannaswamy Gowda as the beneficiaries. There are 50 sites in  all under this category.

CM appeals for votes: Sounding the poll bugle for the coming Assembly elections, CM appealed to the people of Chamundeshwari constituency to vote him back to power one last time as they had done on five previous occasions.

“People of the constituency have believed in me all these years and have voted for me. I am sure the same confidence will be reposed in me this time too,” CM Siddharamaiah said.

In all, there are 1,683 sites out of a total 2,270 sites that will be distributed to the allottees and all this come under survey numbers of Kergalli in western part of Mysuru. After the symbolic picking of lots by the CM, the process of distribution continued with the allottees picking up the number of his/her site through lottery. The process went on through the day.

There were two lottery picking drums — one for the 20×30 ft and 30×40 ft category and the other for 40X60 ft and 50X80 ft category. The luck factor plays a huge role when the lots are picked. With the Vaastu playing on the minds of the people, if an allottee gets a south or west facing site, then he will be disappointed, while a north or east facing site allottee will be delighted. The reason is the south and west-facing sites fetch a lower rate in the open market, while the north and east sites fetch a bonanza. Also, if the roads are facing the 80 ft road stretch then the value of the site increases than the ones facing the 30 feet road in the cross roads. 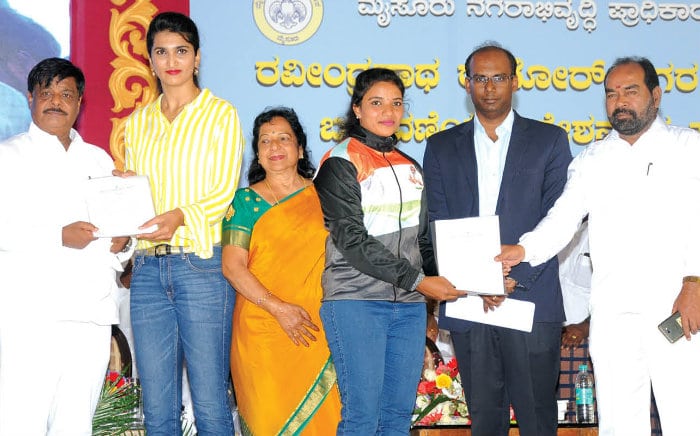 The allottees who had gathered in large numbers had come with Aadhaar cards. Once the site numbers are announced they will be given a Lease-cum-Sale agreement, which clearly states that they cannot sell the site for ten years. And one more condition is that the title deed will be given only if they construct houses.

R.T. Nagar is one of the most prominent layouts in the city as it is provided with all basic amenities like drinking water, electricity, roads. The elevation also adds beauty to the newly-formed R.T. Nagar. Chief Minister Siddharmaiah said that it was one of the most beautifully planned layouts.

Indian Bank had put up a counter and offering loans on the spot to the site allottees.

Chief Minister Siddharamaiah, speaking after launching the distribution of sites, said that he had asked the MUDA to distribute another 5,000 sites by December end including those at Lalithadripura and other Layouts.

“The land-losers coming under the Chamundeshwari constituency from whom the land has been acquired do not have basic amenities. Hence, I have asked MUDA Chairman D. Dhruvakumar to provide them all basic facilities like water, electricity and roads in the Layouts that come under MUDA jurisdiction.

“If Dhruvakumar had not come as the Chairman of MUDA, then nothing would have moved till now. We have undertaken the distribution of sites in a very transparent manner,” he said. 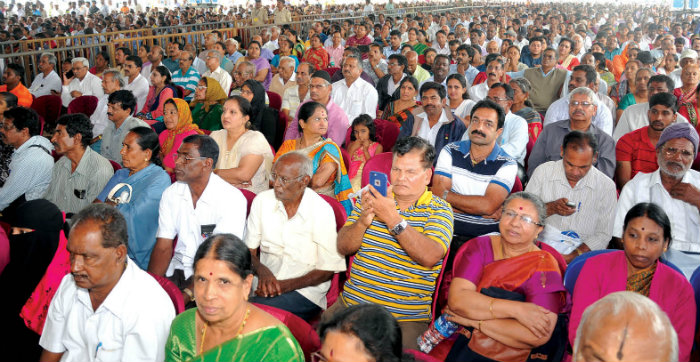 A section of site allottees at a programme held in R.T. Nagar.

He also said that there were plans to construct group housing for the poor and the middle class. “Once the layouts are formed and all amenities provided, then it should be handed over to the Mysuru City Corporation (MCC),” said Siddharamaiah.

Nearly 47 land-losers were allotted 47 sites in the new layout on the day.

The CM also announced that 11 to 12 Indira Canteens will be opened in Mysuru on Jan. 1 in the first phase. On Nov. 15, the Universal Health Insurance scheme for APL and BPL card holders will be launched. Ten lakh post-natal mothers under the Mathrupoorna Scheme are being served bisi oota, he added.