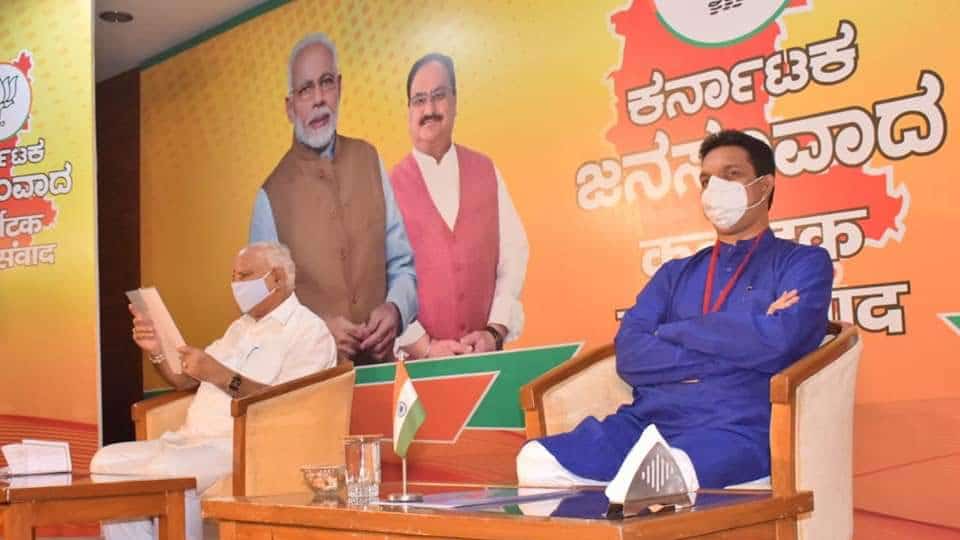 Bengaluru: With just 12 days to go for the Legislative Council Polls (June 29), Chief Minister B.S. Yediyurappa is striving to get MLC ticket for four defector MLAs who quit their seats last year for bringing the BJP Government to power in the State.

Four MLAs — A.H. Vishwanath, R.Shankar, Roshan Baig and MTB Nagaraj — had quit their Assembly seats in July last in a bid to topple the previous JD(S)-Congress coalition Government. While Vishwanath belonged to the JD(S), MTB Nagaraj, R.Shankar and Roshan Baig belonged to the Congress. Yediyurappa, as the Opposition leader then, had purportedly promised them entry to the Legislative Council if they failed to win in the resultant Assembly by-polls.

Now the polls for seven vacant seats of the Legislative Council is scheduled to take place on June 29 and the BJP has enough numbers to win four seats. Although all the four are pressing for MLC seat, Yediyurappa is said to have narrowed down the list to two — MTB Nagaraj and R. Shankar. But the BJP High Command is said to be inclined to nominate R. Shankar, C.P. Yogeshwar and Nirmal Surana, while leaving the other seat that the party is set to win, to the exclusive choice of the Chief Minister. The party top brass is also said to be disinclined towards A.H. Vishwanath and MTB Nagaraj who both lost the bypolls, while Roshan Baig’s name figures in a Ponzi scam.

Meanwhile, the BJP High Command is likely to finalise the names of the party candidates before the deadline for nomination papers ends tomorrow (June 18).