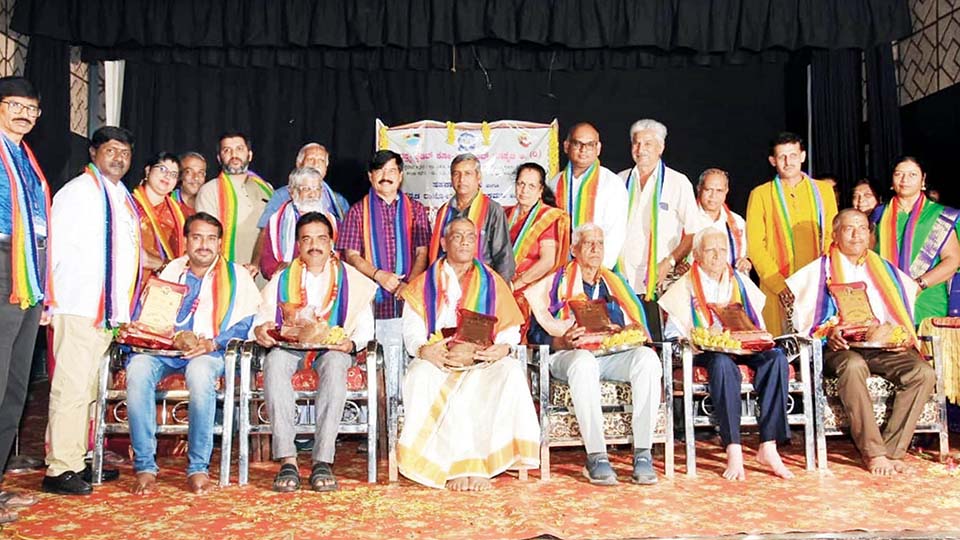 Mysuru: “Co-operative sector which is the lifeline of common people has greatly helped the people of the country during the COVID pandemic,” opined  KR MLA S.A. Ramdas.

He was speaking at the 69th Akhila Bharata Sahakara Saptaha and Kannada Rajyotsava function organised by Agastya Credit Co-operative Society at Ganabharathi  auditorium  in Kuvempunagar recently. He also felicitated many achievers of various fields on the occasion.

Pratibha Puraskar was given to students who have passed out scoring high marks in SSLC, PUC, Music and Dance examinations. Senior persons of the Society, doctors and achievers in various fields were also felicitated.