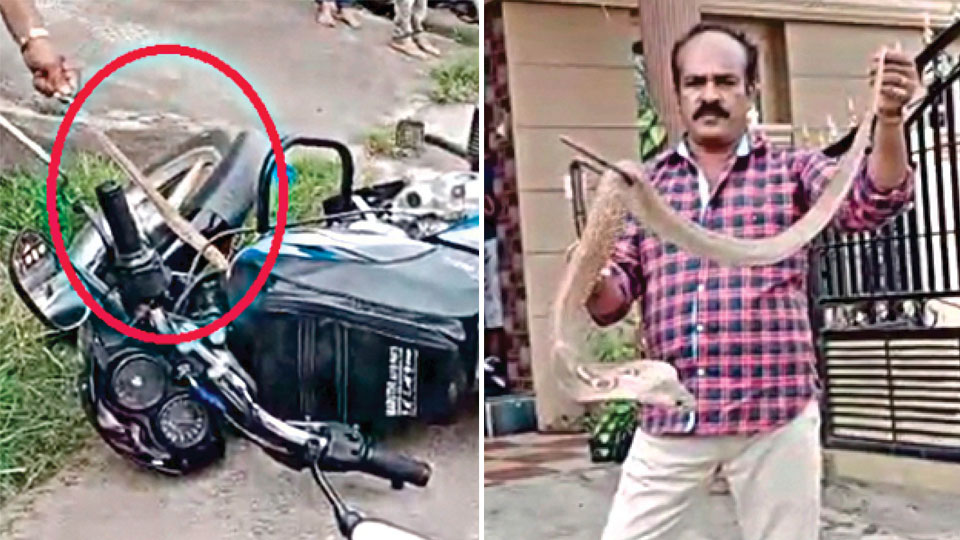 Mysore/Mysuru: A spectacled cobra, which was hiding inside the headlight dome of a bike, has been rescued at Maduvana Layout in city recently.

A resident of Madhuvana Layout had parked his bike in front of his house in the night and when he tried to move his bike the next day morning, he heard a loud hissing sound. On closer observation, he saw the tail of a snake near the bike’s headlight dome and immediately called snake rescuer Ramesh. Ramesh, who rushed to the spot, carefully removed the cobra from inside the headlight dome, rescued it and released into its natural habitat.