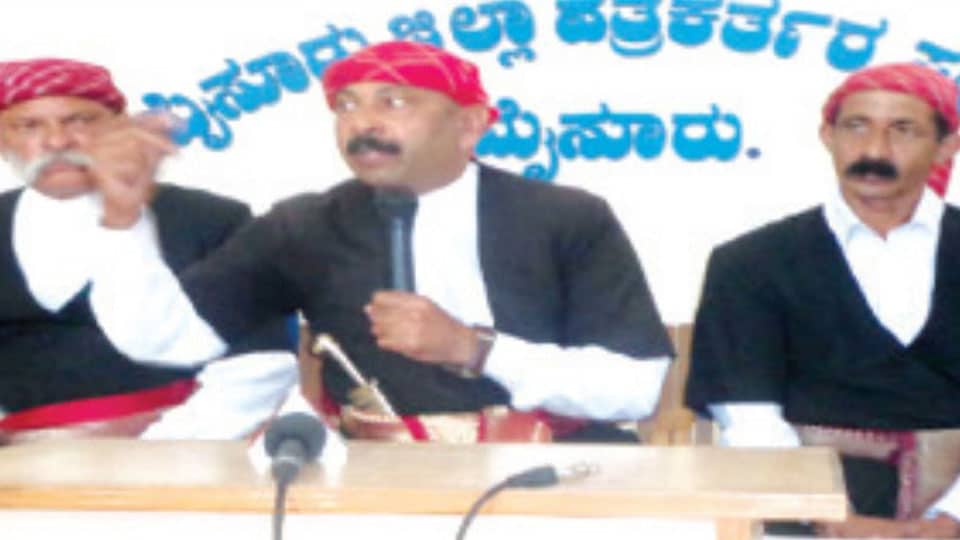 Mysuru: Codava National Council (CNC) is organising a ‘Delhi Chalo’ march tomorrow (Nov.1) urging for a separate ‘Codava land’, Constitutional amendment and other demands, said its President N.U. Nachappa. He was addressing a press conference at Pathrakartara Bhavan here yesterday. CNC has been organising Delhi Chalo for the last 21 years pressing implementation of their demands.

“More than 500 Kodavas from the State, in their traditional attire, will participate in the march and we will hand over memorandums to President Ram Nath Kovind, Prime Minister Narendra Modi, Home Minister Rajnath Singh, Rajya Sabha MP Dr. Subramanian Swamy and others,” he added.

Nachappa said that CNC demands special autonomy State for Kodagu on the lines of the status given to Ladakh, Gorkha land, according to the Sixth Schedule of the Indian Constitution. The Council has also urged the Central Government to announce Kodagu as a Union Territory. He opined that Kodagu was being destroyed in a sort of ethnic cleansing. He regretted that it had resulted in exodus of Kodavas to other places and replaced by others.

Codava National Council President N.U. Nachappa addressing a press conference at Pathrakartara Bhavan in city yesterday as others look on.

Permanent political package for Kodavas with Union Territory recognition, incorporation of martial Kodava tribes under Articles 340 and 342 of Indian constitution and inclusion of Kodava language in the 8th Schedule of Constitution are some of other CNC’s demands.

CNC has appealed to the Centre to declare Kodava community as a tribe and to give tribal status. It has demanded political reservation for Kodavas as given to Anglo-Indians. “Kodagu, a sensitive area like Kashmir, is becoming a place for terrorists and fundamentalists. It is becoming a threat for native Kodavas. The Government should take the issue seriously and float an investigation agency similar to that of RAW (Research and Analysis Wing) for Kodagu. River Cauvery should be given the status of living entity,” he added.

Codava National Council Delhi Chalo
Houses built on govt., private lands in hamlets to be regularised
Kurubarahalli Sy. No. 4 and Alanahalli Sy. No. 41: With no help from CM, residents to seek help from the Law Court