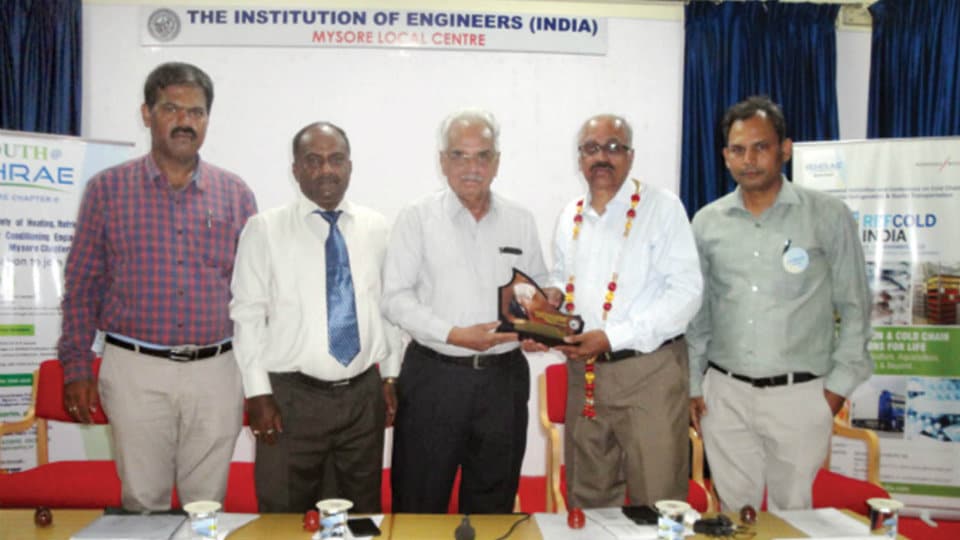 He was delivering a lecture on ‘Low Temperature Preservation of Fruits and Vegetables,’ organised by the Institution of Engineers (India), Mysuru Local Centre, in association with Indian Society of Heating Refrigerating and Air-Conditioning (ISHRAE) as part of World Refrigeration Day, at its premises on JLB Road here recently.

India has about 6,300 cold storage facilities with a capacity of 30.11 million metric tons, which are only able to store about 11 per cent of the country’s total perishable produce. In Karnataka, we have only 98 cold storage facilities with a storage capacity of 2.97 lakh ton.  The cold chain market has grown steadily in the last few years and this trend is projected to continue until 2020, he said.

While there are many positive changes in Indian cold chain market, high operating cost is a major roadblock for sector’s overall growth. Shortage of adequate infrastructure, lack of trained personnel, outdated technology and inconsistent power supply are other major obstacles in the growth of cold chain infrastructure in India, he pointed out.

The cooling rate is important in controlling the growth of micro-organisms. A slow cooling of food allows time to microbial growth. This can occur in a large volume of hot or warm food in a big container. Refrigerated foods have limited shelf life due to microbial growth. In frozen foods, micro-organisms will not grow, but there will be survivors after long storage, said Prabhu, who was feted on the occasion.