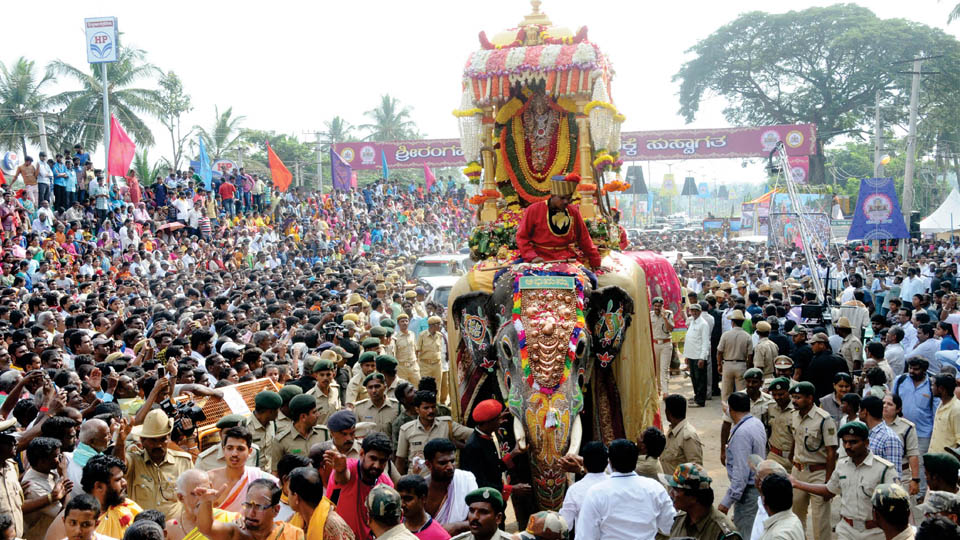 Srirangapatn:  The historical three-day Srirangapatna Dasara was celebrated in a grand manner yesterday. Thousands of people, including commuters from Mysuru to Bengaluru, were a witness to the gala event as the Jumboo Savari, accompanied by folk troupes, passed through the main thoroughfares of the Fort Town.

The procession passed through Kiranguru, Baburayanakoppalu, Bengaluru-Mysuru Highway, Kuvempu Circle, Bypass Road opposite Jamia Masjid, Rajabeedhi, Ambedkar Circle, and Mini Vidhana Soudha to reach Sri Ranganathaswamy temple. Hundreds of people gathered on both sides of the roads and atop the buildings to have a glimpse of the procession. 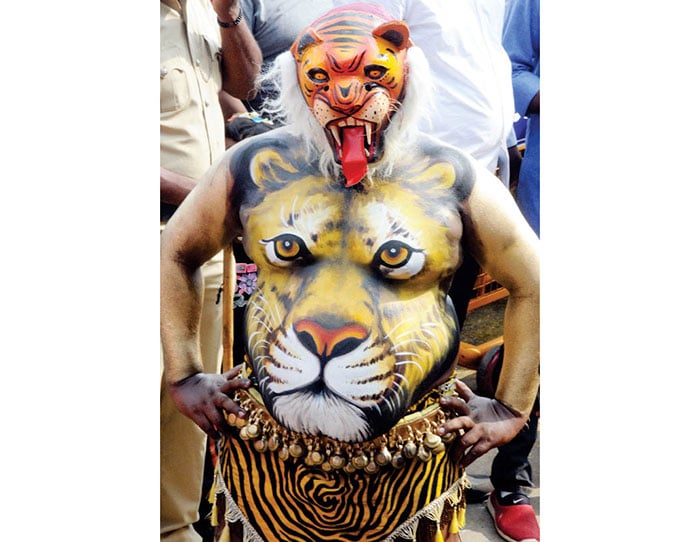 Tourist places such as KRS dam, Brindavan Gardens and Ranganathittu Bird Sanctuary and historical monuments at Srirangapatna have been illuminated. 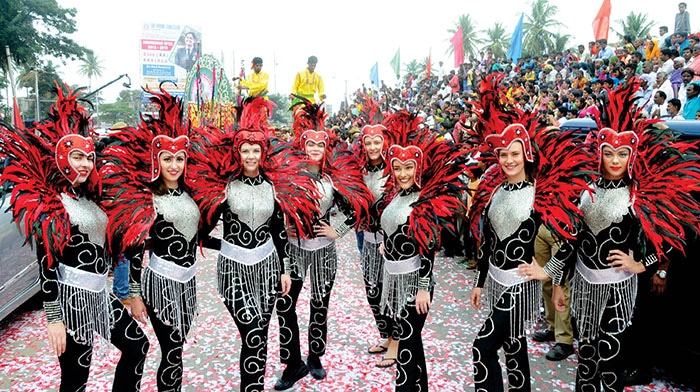 Gopi and team will perform mimicry, Kannada playback singers Rajesh Krishnan, Shamitha Malnad, Supriya Lohith and Purushotham, too will perform. On Oct. 18 at 4 pm, litterateur Dr. Latha Rajashekhar will inaugurate the valedictory function which will conclude with a ‘Dasara Star Night.’