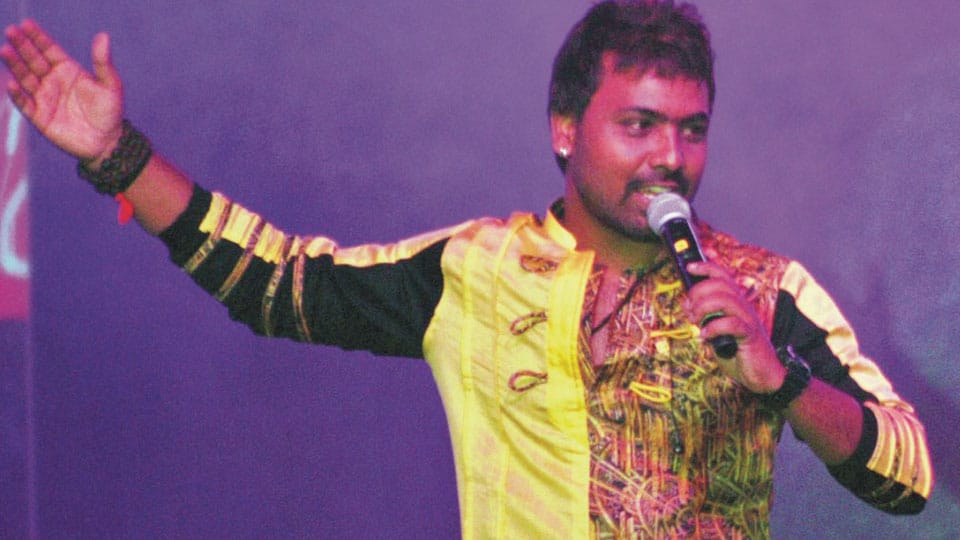 Mysuru: – The incessant rain did not deter the spirit of the gathering on the fifth day of ‘Yuva Dasara’ at Maharaja’s College Grounds here as Shirley Setia electrified the crowd with her golden voice followed by the Mysuru talent Naveen Sajju rendering the popular foot-tapping Kannada numbers. Shirley and her team presented pop music in her own inimitable voice and style treating the gathering with a new wave of music.

Naveen Sajju, the local youth from K.G. Koppal, who has sung over 100 songs for Kannada films and turned a Music Director through the movie ‘Kanaka’ drew a thunderous applause as he entered the stage. He rendered popular songs like ‘Hrudaya samudra kalaki’, ‘Shravana bantu nadige’, ‘Olithu madu manusa,’ ‘Yedeyolagina Tamatama tamate yaro badidang ayta ayte’ and many more. Vid. Sridhar Jain and troupe presented ‘Nruthya Vaibhava’ with dance to the ‘Vande Matharam’ song. 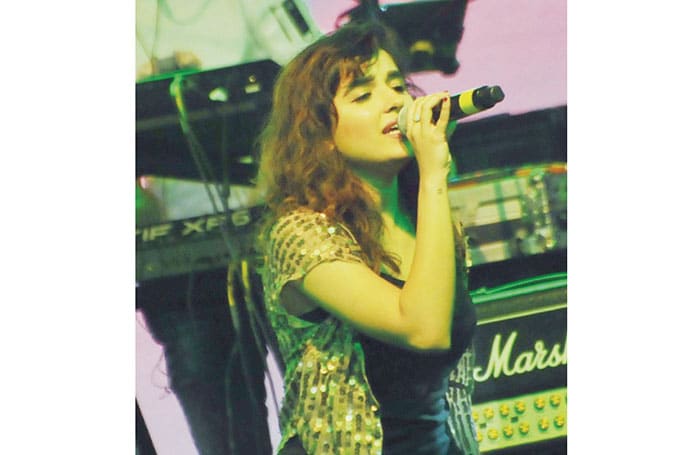 MJ5 team from Mumbai presented an innovative dance  where five dancers rhythmically put the steps like robots to audio clippings of various languages. 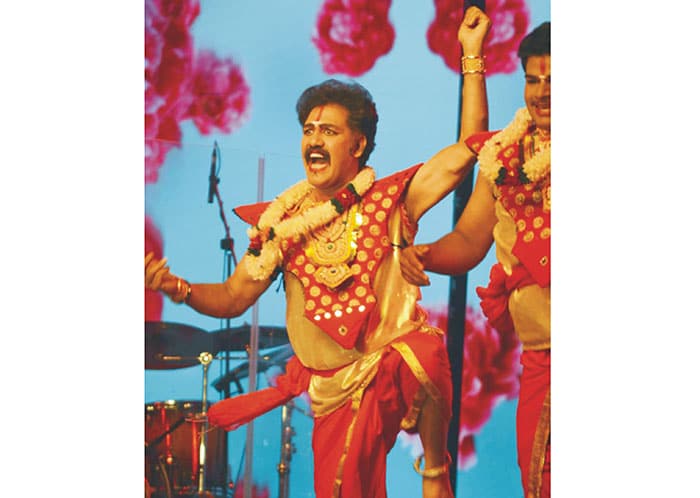 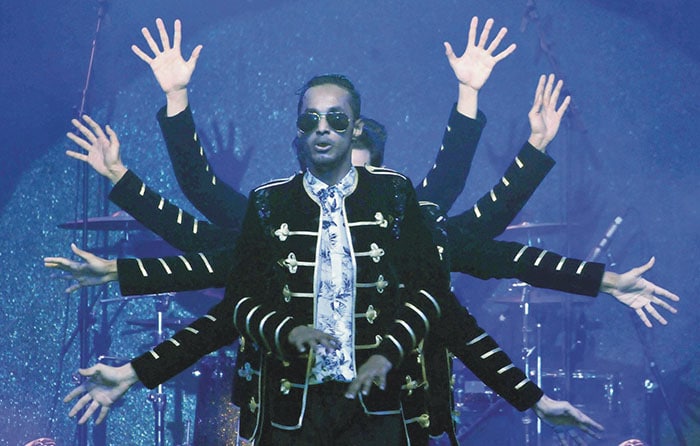