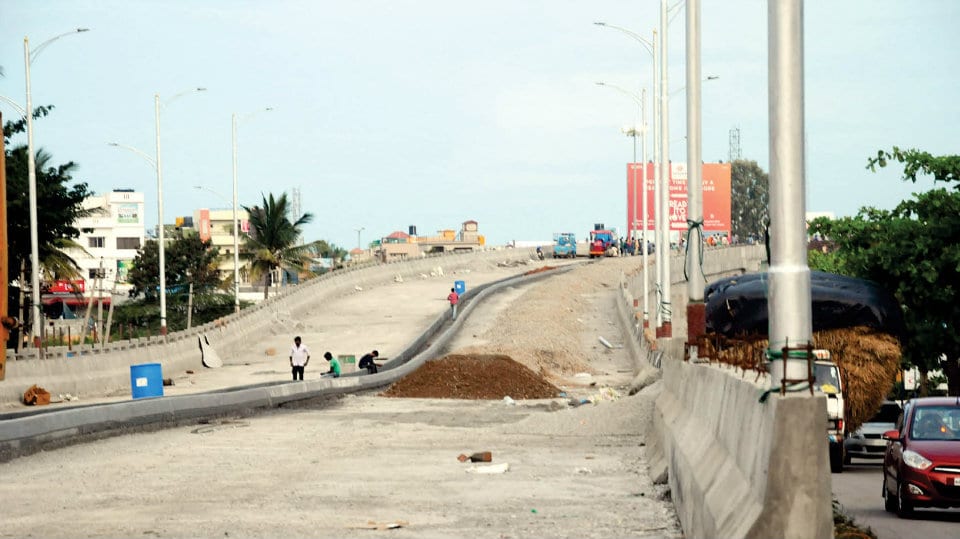 Mysuru:  Although the works on Hinkal Flyover is almost complete, it seems that its inauguration may be delayed further because of the model code of conduct that has come into force following the announcement of by-polls schedule for the three Lok Sabha and two Assembly constituencies in the State.

Mysuru-Kodagu MP Pratap Simha, in a bid to get this vital Flyover inaugurated by Dasara, had put in all his efforts to expedite the project, which was started over two years ago.

Although MUDA officials took great pains to successfully complete the works, the delay in the inauguration due to the poll code in force, has caused agony among the MP and the officials.

Kantharaj said that with poll code in force, CM has asked MUDA to complete all remaining minor works, such as asphalting, lane marking, painting of streets, and installing street lights and keep the Flyover ready for inauguration once the poll code comes to an end after the first week of November.

The District Minister too has said that the inauguration date will be finalised once the Poll code is lifted after the announcement of by-poll results on Nov.6. 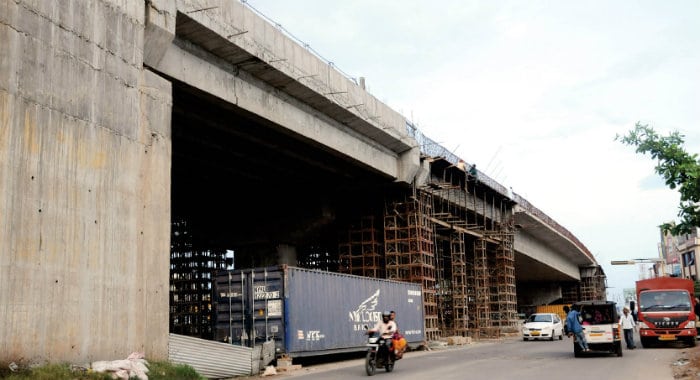 The Rs.15.83 crore project has been executed under Jawaharlal Nehru National Urban Renewal Mission (JnNURM) scheme, with the Centre funding 60 percent, the State Government and MUDA 20% each.

Once the Flyover at Hinkal Junction is opened for traffic, it will ease traffic movement on the ever-busy Mysuru-Hunsur Road, with vehicular density on the State Highway increasing by the day.

Meanwhile, even as the Hinkal Flyover is almost complete, the MUDA is all set to dump three other Flyovers (grade separators) sanctioned to the city at three different points.

Following a MUDA proposal to construct four grade separators at different points in the city to ease traffic congestion, the Centre, after scrutinising the proposal had given its nod and had also guaranteed 60 % funding for the project. Following the Centre’s approval, the MUDA designed the grade separators with technical specifications.

The grade separators were proposed to come up at Columbia Asia Hospital Junction on Mysuru-Bengaluru Road, at Hotel Royal Inn Junction on KRS Road at Hinkal Junction on Hunsur Road and at JSS College Junction on Nanjangud Road. But barring the one at Hinkal, the three other projects were shelved for different reasons.

With the shelving of these three flyovers, the Hinkal Flyover becomes the only one in the   city for now.