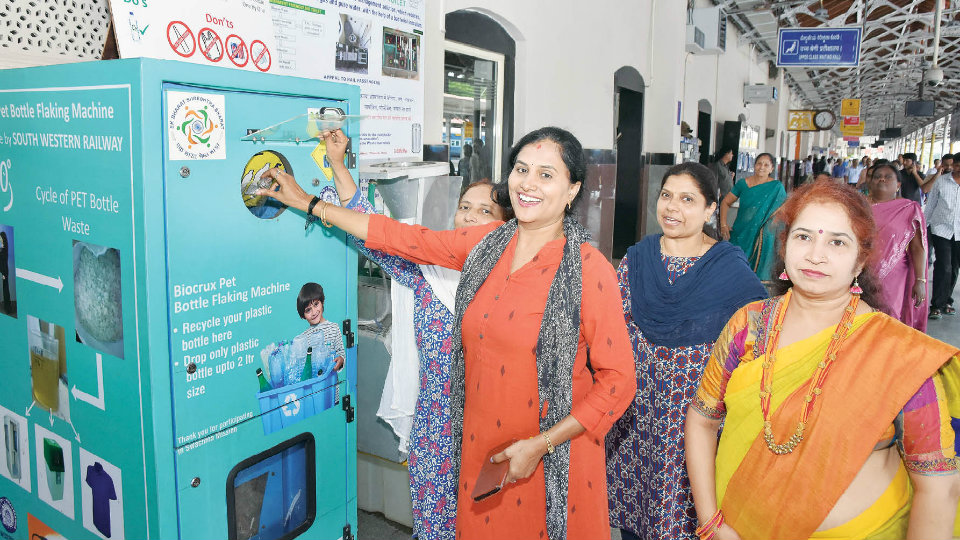 Come October, use plastic bottle-crushers at Railway Stations, get paid

New Delhi: The Railways has issued directions that from Oct.2, the birth anniversary of Mahatma Gandhi, no single-use plastic will be used in its premises. The Railways will add money to your mobile phone wallet if you use plastic bottle-crushing machines installed at Stations as part of efforts to promote Prime Minister Narendra Modi’s initiative of junking single-use plastic. In his Independence Day speech, Modi had appealed to the nation to eliminate single-use plastic and find alternatives to plastic water bottles on a priority basis.

Railway Board Chairman V.K. Yadav has said the Railways will install 400 bottle-crushing machines at Stations in which a passenger wanting to use them will have to key in his phone number into the machine and his phone will be recharged. However, details of the recharge were not known immediately.

Currently, 160 bottle-crushing machines are available at 128 Stations, he said and added instructions have been given to Railway staff to collect all the used plastic bottles at Stations and send them for recycling.

The Board has also directed all Railway Units to enforce a ban on single-use plastic material, with less than 50 micron thickness. A pledge will be administered to cut the use of plastic on Oct. 2.