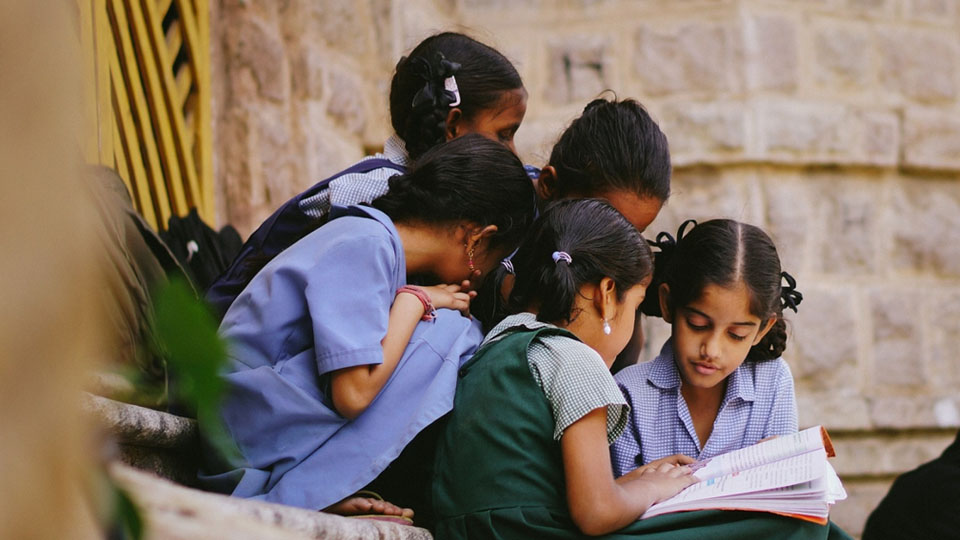 Committing to memory without comprehension

Translating the Sanskrit word vidya to education has its origins in the manner of most people, particularly the lay masses, considering schooling and education are synonymous in meaning. Further, drawing from the land’s ancient texts (in Sanskrit), scholars have perceived vidya as the field of learning in a virtual infinite horizon. The common perception of education in our times is go through years of learning from school-stage onwards in broad areas of science, arts, commerce, engineering, medicine and lately business administration or management science, mainly as a means to an end, the end being certification as proof of one’s qualification to be considered for employment either in government establishments or private organisations. The years spent after being employed is loosely accepted as one’s experience. Provided this phase adds to one’s knowledge in whatever field of calling, all will be well in the world. But, does that happen always? is the question, barring exceptions.

Certificates of degrees and diplomas with stamp and signatures of the issuing authorities as well as marks scored in the qualifying examination, prima facie, are passed as proof of one’s fitness for specific jobs in the current dispensation. The provision of reservation of jobs in the land’s Constitution for some sections in society renders the debates on the connect between fitness and certification restrict openness of expressing one’s views on the matter for obvious reasons.

Keeping aside the various none-too-desirable features in the land’s education sector such as (a) Unacademic ways of producing school textbooks, (b) Recruiting teachers lacking in the necessary aptitude for teaching, (c) Influx of students to teaching shops aggressively advertising their claims for 100 percent success in board examinations, (d) Episodes of question papers leaking, (e) Malpractice in the examination hall and so on, one may permit oneself the liberty of underrating the army of teachers compulsively guiding their students to merely memorise the answers to a set pattern of questions drawn from a question bank not focussed on comprehension of whatever is prescribed as curriculum. The plight of a large number of students who don’t cross the bar even in this system is beyond words, excepting portraying this mass as wasted human resources.

The central point of the debates in many circles, namely the feature of the students scoring high marks being a measure of their ability to memorise rather than comprehending as the means to knowledge continues to be talked about without action. In this context the report in the media that the State Government in mulling open book examination in school stage augurs well for the future.