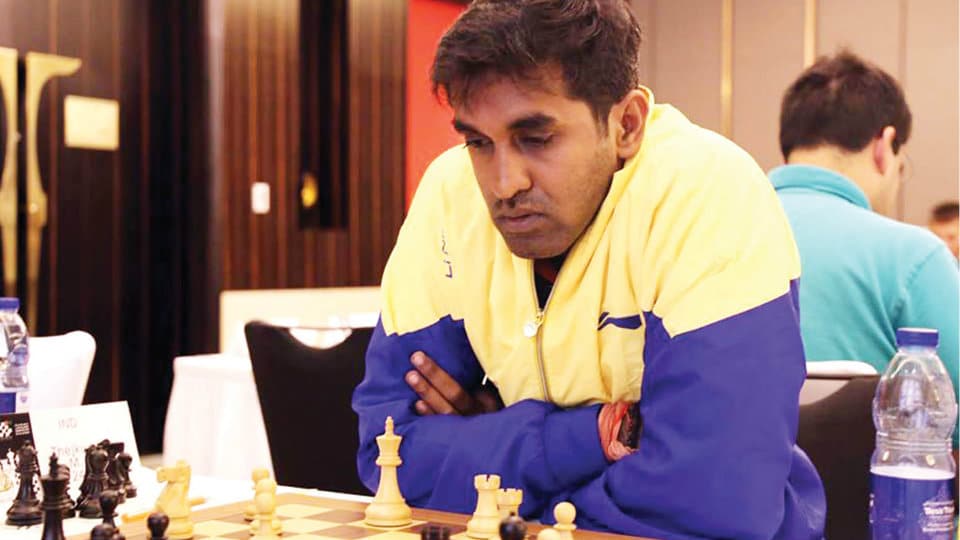 IM M.S. Thejkumar representing India scored a convincing win over India’s Soham Kamotra in the fifth round of the Commonwealth Chess Championship 2017, played at Delhi on Thursday.

In the fourth round, Thejkumar (Rating 2491), scored a good win over WIM Gagare Shamili (2067). After five rounds, Thejkumar has secured 3.5 points and is placed 23rd in the rankings.