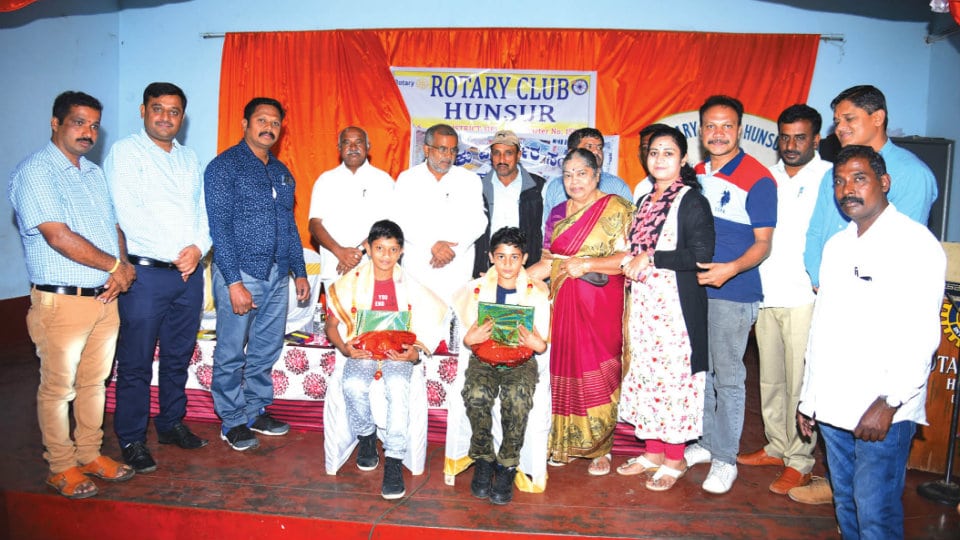 He was speaking after felicitating achievers on the occasion of ‘Patrika Dinacharane’ organised by Hunsur Taluk Journalists Association at Rotary Bhavan in Hunsur recently.

Speaking on the occasion, disqualified MLA A.H. Vishwanath said: “TV channels have been subjected to criticism because of the race for TRP. By the time the truth is known, the damage would have already been done to those concerned. This is the current state of Journalism, which was once considered a noble profession.”

Journalist Pratap of Nanjangud was felicitated after receiving the award instituted by journalist from Hunsur Sachith, in memory of his father.

Journalists Association also felicitated two achievers, Tarun, son of journalist Gajendra and Mamata couple from Hunsur, who has won 10 gold medals and 5 silver medals in various State and National-level Karate Championships as well as Prajwal, son of Star of Mysore reporter Raghu and Mala couple, who has also won gold  medal in the event.

Dayakar of Hanagodu was felicitated with Senior Journalist Award by the Association.

On the occasion, newspaper boys as well as winners of sports event were honoured.