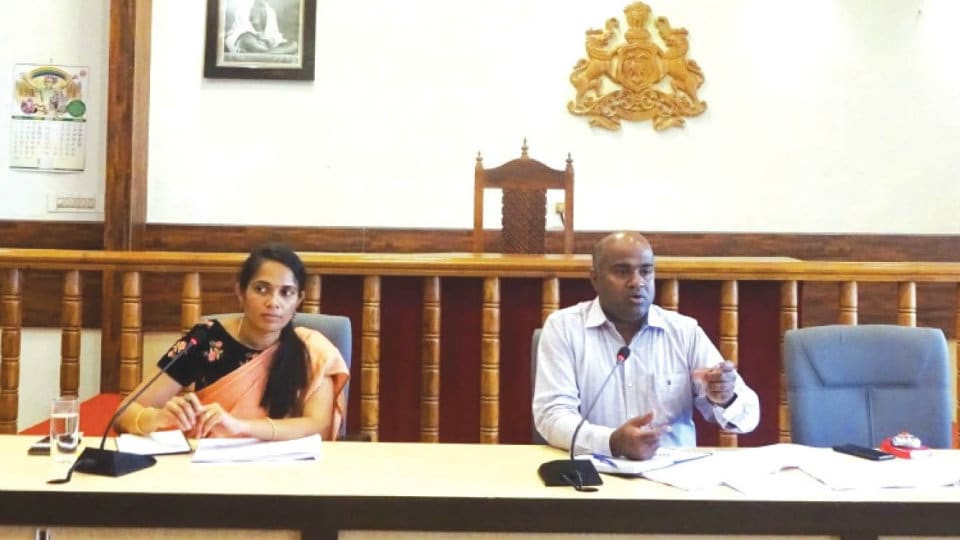 Madikeri: Kodagu District In-charge Secretary Anbu Kumar has directed the officials to complete the work on constructing houses for the natural calamity victims on a war-footing. Monsoon will begin in another two months and the construction of houses, roads, bridges, retaining walls should be accelerated, he said and directed the officials to concentrate on building houses to the victims.

He was speaking at a Progress Review Meeting held at the Deputy Commissioner’s Office in Madikeri yesterday. He said that the works on the construction of houses for victims at Madapura, Made and Karnangeri was in progress. He directed the officials to submit a day-to-day progress report of the works so that the government will have the visibility of the rehabilitation works.

Anbu Kumar said that along with rain, even the Election Code of Conduct will come into force and the officials must keep a target of completing the works by then. Directing CESC authorities to provide uninterrupted power supply to the places where houses are being built, he asked the officers to ensure that crop loss compensation reaches the eligible farmers.

Anbu Kumar said that for the first time in the country, a house rent of Rs. 10,000 is being paid for the victims. The district website should upload details on the ongoing works and also on the compensation paid to the victims. The funds released under Natural Calamity Relief Fund should be utilised on time and the officials should ensure that funds are not wasted.

The officer said that as Infosys Foundation had come forward to build over 200 houses in two phases, the District Administration must identify suitable land and hand it over to the Foundation.

Deputy Commissioner Annies Kanmani Joy said that there were allegations of compensation amount not being credited to the accounts of the natural calamity victims. Banks will be asked to submit details on the same, the officer assured.

Sadashivaiah, Deputy Director of the Department of Food and Civil Supplies, said that 632 farmers registered for the purchase of paddy under Minimum Support Price scheme. Already, 600 quintal of paddy has been purchased.