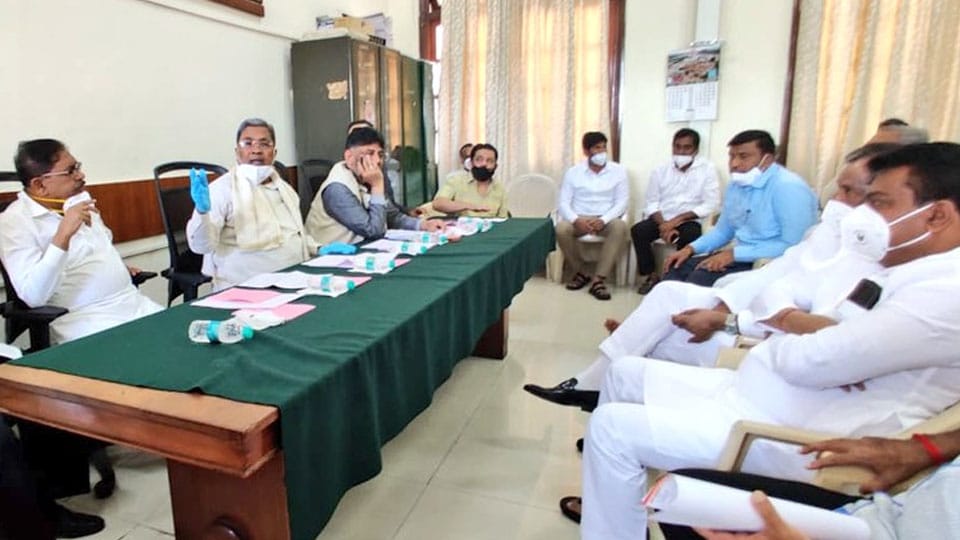 Bengaluru: Last day of Winter Session of the State Legislative Assembly was held on Thursday amidst boycott by Opposition Congress in protest against the introduction and passage of the anti-cow slaughter bill.

This was for the first time the Opposition party stayed away from proceedings for the whole day. On Wednesday, Opposition Leader Siddharamaiah had announced that the Congress would be boycotting the whole day Assembly proceedings on Thursday for tabling and getting the controversial Karnataka Prevention of Slaughter and Preservation of Cattle Bill, without discussion.

Though Assembly Speaker Vishweshwar Hegde Kageri appealed to Opposition Congress to participate, the Congress members refused to attend and instead they participated in dharna at Freedom Park in support of farmers.

Congress MLAs participated in the Legislature Party meeting instead of attending the Assembly proceedings. They slammed the State Government for practicing ‘anti-democratic’ tactics to get the Bill passed without allowing Opposition to air their views.

Later, they walked up to the Freedom Park from Vidhana Soudha and extended their support to the agitating farmers.