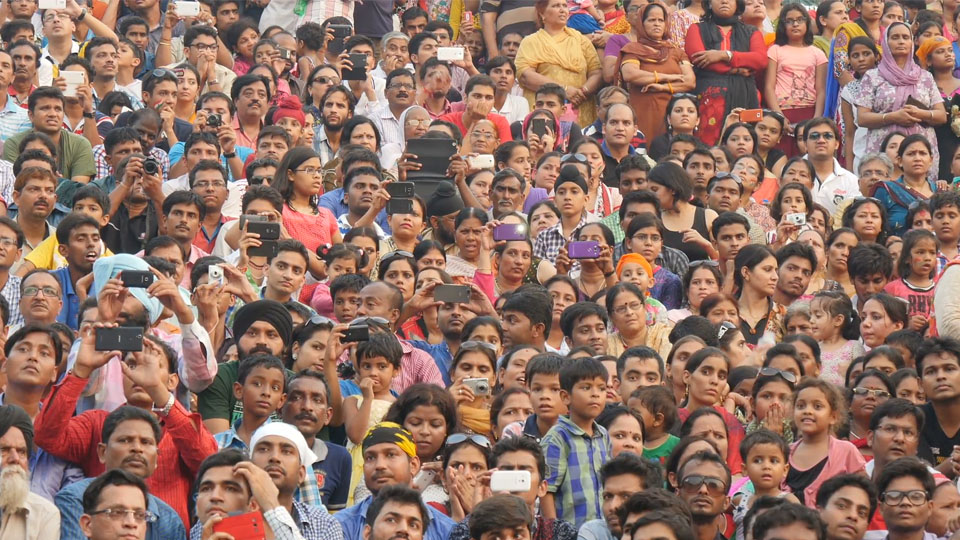 Going by the image of a large number of cities across the country, including Mysuru, once upon a time described as Halli Mysuru by way of ridiculing the then capital of erstwhile Princely State of Mysore as well as its residents whose headcount was expressed in thousands, transformation of similar territories into what are called metros or mega cities may be seen as a result of Western influence in the matter of high-rise structures, brightly lit central business districts, commuting in motorised vehicles, glitzy malls, attractive showrooms for display of consumer goods in a wide range, steadily shrinking open spaces, infrastructure to meet the insatiable desire for enjoyment such as clubs, multiplexes and what have you. Having unwittingly embraced the Western lifestyle on various fronts, including giving up desi attire in favour of jeans with T-shirts, dining outside homes and coming home at unearthly hours, leaving the children unattended, giving marching orders to aged parents, the land’s urbanites, not completing the imitation of the West in all respects, seem to have ended up in a state of crowded slums, overcrowding everywhere, not excluding the streets of their respective cities.

More shockingly than surprisingly, upsetting the time-honoured ideal ratio between urban headcount of the country and its rustic population, namely one-fourth in cities and three-fourths in villages, the latter sections are rushing to the urban spaces for reasons of earning a livelihood. The exodus is unstoppable.

The woes of residents in the cities and those of the villages being widely diverse in nature and extent, one cannot be faulted to remark that the former case is self-created. Knowing without an iota of doubt on the part of urbanites that their respective territories are currently bursting at the seams, their crazy acts of changing the skyline from green to grey, acquiring motorised vehicles disdainfully, getting bugged by irritating traffic snarls, generating garbage in proportions beyond the capability of the civic bodies to dispose of, getting sucked by consumerism for short-term delight and so on, they don’t seem to be thinking of addressing their misery forthwith.

Nearly 100 million people are now living in just five metros of the country with no scope of relocating themselves elsewhere to ease overcrowding. Global agencies have collected data to reveal the grim fact that the world’s 15 out of most polluted 20 cities are in India. That is only one consequence of people trooping into urban spaces. The other consequences are not necessary to be stated explicitly. One cannot help likening the plight of urbanites to that of rat in the trap.