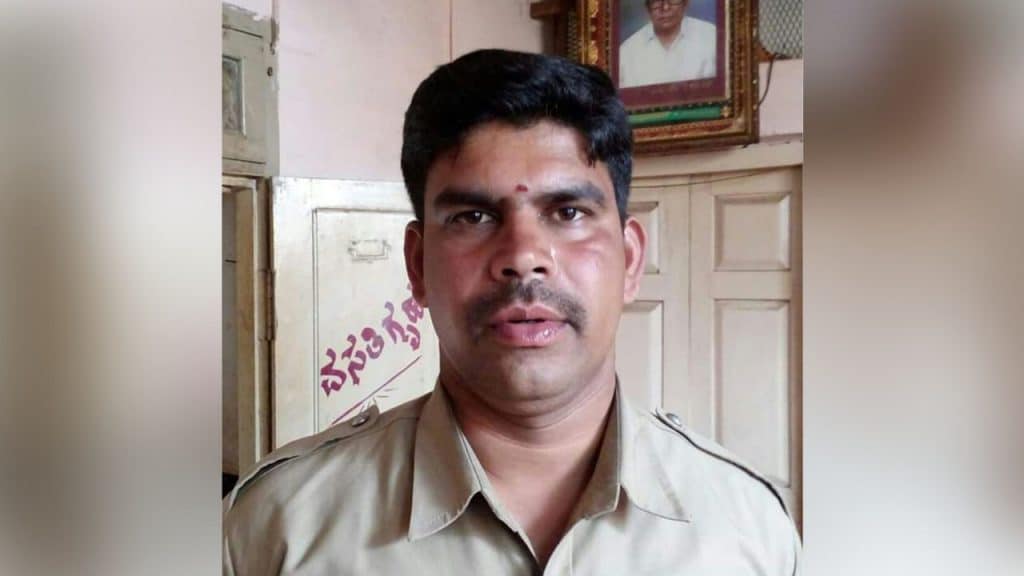 Even as the incident of a DAR Constable committing suicide in the quarters of IGP (Southern Rage) in Mysuru on Mar. 2 remains fresh in the minds of people, another Constable who was on duty at Begur in Gundlupet taluk, committed suicide by hanging self at the Police quarters in Begur this morning.

Prasad (31), a resident of Kaballi near Begur, is the one who has taken the extreme step.He leaves behind his wife and a nine-month-old child.

Police personnel, who saw Prasad hanging from a ceiling fan at the Police quarters, informed their higher officials and brought the body down.

As they were trying to shift the body to Begur Primary Health Centre (PHC), residents of Kaballi village, alleging harassment by seniors has prompted Prasad to take the extreme step, staged a roadblock for sometime demanding a probe into his death.

Chamarajanagar SP Kuldeep Jain, who rushed to the spot on receiving information, convinced the villagers and assured them of conducting a probe, following which the villagers dispersed.

The body was later shifted to Gundlupet Government Hospital where post-mortem was conducted and the body was handed over to the relatives.

Begur Police have registered a case in this regard.