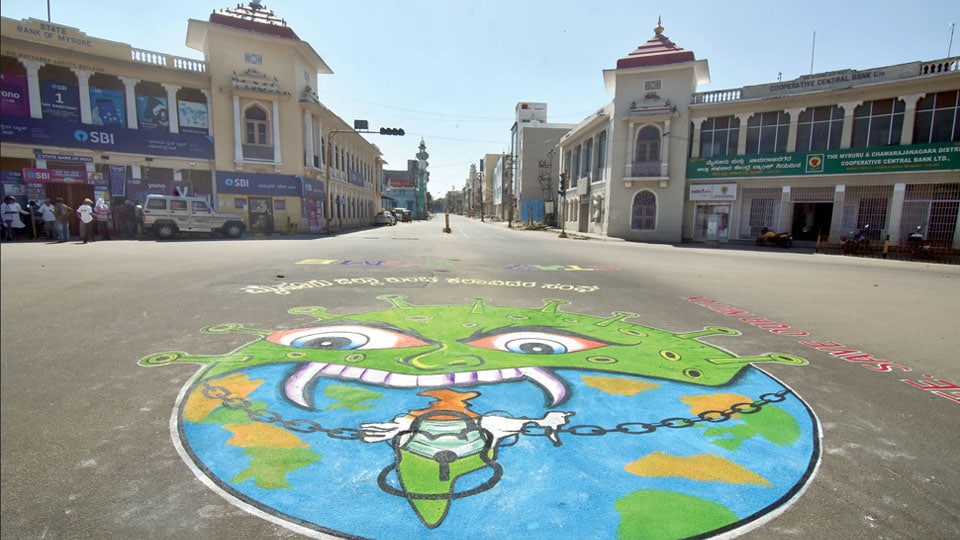 Corona snuffs out lives of five of a family in city

Mysore/Mysuru: The second wave of the killer COVID-19 has snuffed out five lives of a family including the bread-earner.

The deceased bread-earner is Shamu (name changed), a resident of Kyathamaranahalli in city. He was 51 and was a mason by profession. A few days back, the deadly virus had taken the lives of his mother, brother’s daughter’s husband, brother-in-law and his elder brother’s wife.

Shamu, who was living separately after marriage in Bengaluru for almost six years had  come to Mysuru just 20 days ago. A week ago, he and his wife tested positive and his wife, who was under home quarantine, recovered. However, Shamu faced breathing problems and was admitted to the District Covid Hospital where he died after four days. Shamu’s wife and two children are now staring at an uncertain future.

Shamu’s daughter, who is pursuing her Diploma course required Rs. 50,000 towards the examination fees and Shamu had approached his friends and relatives to loan him money. But fate had a different option and Shamu contracted the virus and was admitted in the ICU four days. “After four days of treatment in ICU, he was recovering, but the virus took his life,” said Manu, a relative of Shamu. According to Manu, Shamu was fit and fine. Even after contracting COVID-19 he did not have any other health issues except breathing problems. Ultimately, Corona had a last laugh,                                                            he bemoaned.

READ ALSO  Over 23,000 candidates appear for KPSC exam in city

Shamu tested positive on Apr. 21, but he not did not get an ICU bed in any of the hospitals. The next day, he got admitted to the District Hospital, thanks to intervention of Mysuru Mithra, sister publication of Star of Mysore. Had he got the bed on day-one, he would have survived. He responded to treatment very well for first four days, but his condition deteriorated on the fifth day and succumbed to the virus, Manu recalled.