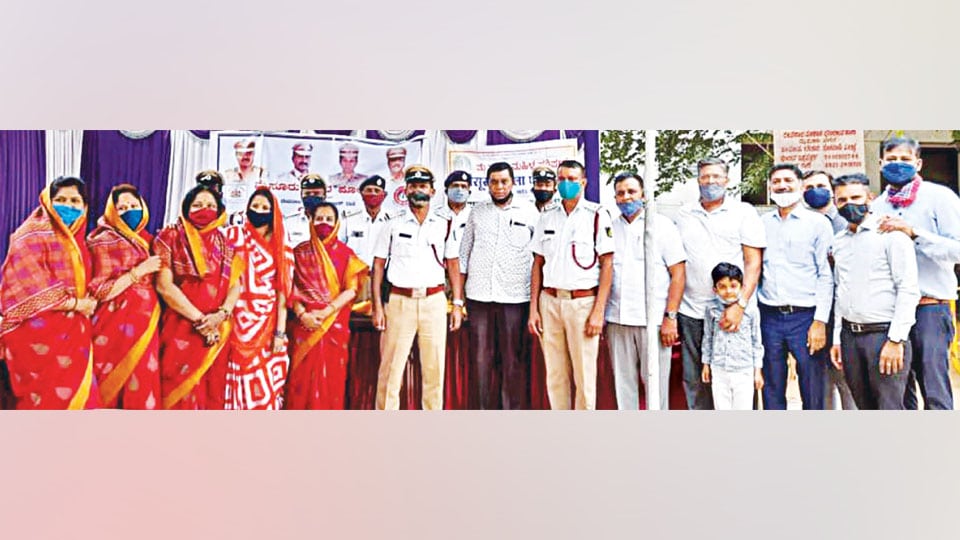 The members of Mahila Parishat applied tilak on the forehead of Police personnel, performed arati and distributed masks, sanitisers and badam packets to the Corona warriors.

Speaking on the occasion Devaraja Traffic Inspector N. Muniyappa lauded the members of Mahila Parishat  for recognising the services of Police personnel and expressing their concern towards the health of cops and added that this gesture would help them perform their duties better.

The Inspector suggested Police personnel to work in co-operation with the public and create awareness on Traffic rules and regulations while discharging duties. He also advised them to be people-friendly and show presence of mind during work. Sub-Inspector Lepaksha, Mahila Parishat’s Babitha, Kanchana Devi, Usha Devi and others were present.