Home » Coronavirus Update » COVID-19: Not many takers for relief centres in Kodagu 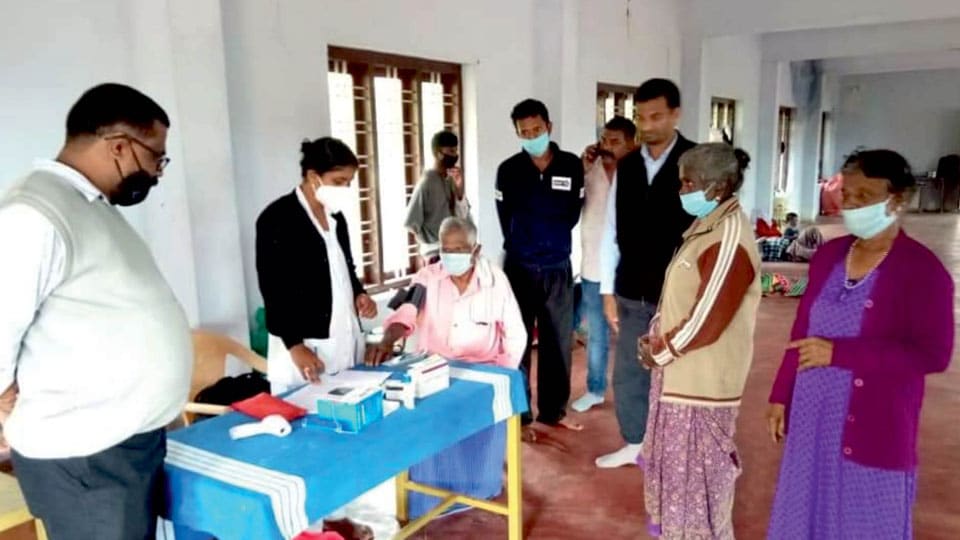 COVID-19: Not many takers for relief centres in Kodagu

Kushalnagar:  There are not many takers for the Government-established relief centres in flood and landslide-hit Kodagu due to COVID-19 pandemic and many of the affected persons are either moving to their relatives’ houses or have taken up houses on rent in safer places on their own.

READ ALSO  Lockdown 4.0: No entry for visitors from 4 States

Most of the people who have been housed at relief centres are daily-wage labourers. Others whose houses have been marooned have moved into their relatives’ places as soon as the District Administration sounded a flood alert. Last year, there were over 600 persons housed at Karadigodu relief centres and this year, the number has come down to 74 due to COVID pandemic. Many people are not coming to the relief centres as generally there is a crowd at such centres. Krishna, a resident of Karadigodu, told Star of Mysore that he has moved his wife and children to a relative’s place due to the fear of virus infection. “Only I am staying here at the relief centre set up at Karadigodu Government Primary School. Last year there were over 170 to 200 people at this relief centre but this year there are 42 persons from 21 families,” he says.

Owing to the virus outbreak, only 10 members are housed in one room with a 5-ft distance between beds. Last year, over 25 persons were accommodated in a single room, Krishna added. Cauvery River bank at Karadigodu has 116 houses and of them, 60 are deep under water and the rest are partially flooded, District officers said.

Virajpet Taluk Panchayat CEO Sridhar told SOM that only those people who do not have any alternatives are opting for food and shelter at relief centres. “Due to COVID-19, many flood-affected have made their own arrangements at their relatives’ places. Take for example people living on Ayyappa Betta and surroundings. We have asked 89 families residing there to shift as cracks are visible on the Hill.  Most of the people staying here are financially sound and they have not come to relief centres but have made their own arrangements,” he said.