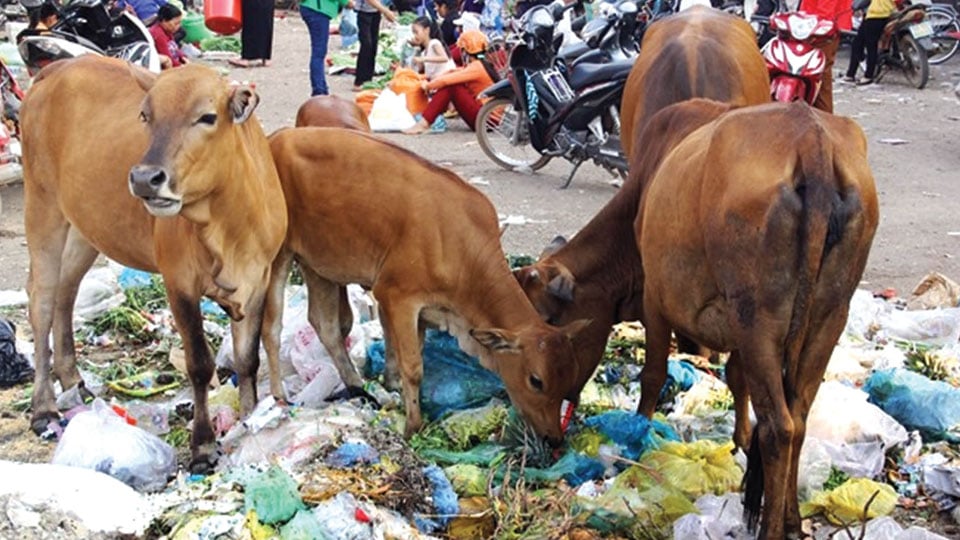 Karnataka’s BJP Government has resurrected the issue of cow protection as they are hungry for some “political fodder” and on Wednesday hurriedly passed the “Karnataka Prevention of Slaughter and Preservation of Cattle Bill 2020” in the State Assembly.

Of course, the Bill is yet to pass the Legislative Council and get the Governor’s approval. But even if that happens, we must remember there is a Supreme Court judgement that says cows and bulls that are more than 15 years old and not useful can be sold by the farmers to slaughter houses, in case anyone takes this matter to Court.

That said, there already exists a 1964 Act which  bans the slaughter of cows and calf of she-buffalo but allows bull, bullock, buffalo-male or female to be slaughtered if the animal is deemed above 12 years of age and unproductive. Now this Government simply added bull and bullock to that non-slaughter list, leaving only the buffalo above the age of 13 to be slaughtered.

When it comes to politics, even animals are fodder. If we really cared for cows, where are the Gau Rakshaks when cow owners leave them on roads to feed on plastic bags out of dumpsters? Where are these bovine fanatics when cows are openly transported in goods autos in standing position, which is illegal? Do they only care about cows that are being sent to the slaughter house?

We are sure, a cow would prefer to be slaughtered quickly rather than endure a painful death as plastic fills its belly or when their legs break during transportation and unable to feed, they die of starvation.

The holy cow and its progeny are beasts of burden that have been exploited for the purposes of religion and politics in this country. In a free nation with a Constitution and personal liberties, it is one’s right to choose what they want to eat unless, of course, they’re cannibals vying to take a bite of your arm or eyeing your pet for a feast.

Most importantly, this law is going to affect the poor farmers. A milch cow can be milked for up to 12 to 14 years, after that it is of no use to the farmer. Now the farmer is left with three choices — use it to plough land, sell it to the slaughter house or send it to Pinjrapole. If a farmer is poor, he would obviously sell it to a slaughter house which typically pays around Rs. 2,500 per cow. Now he loses that revenue.

Also beef is a source of cheap protein to many poor. In Maharashtra, construction cost went up as workers demanded more money because the cost of meat increased post beef ban. Apart from this, today stray cow is only an urban problem, but as farmers let their cows loose unable to take care of them, it could lead to rural social problems as one farmer’s cattle strays into another’s farm to graze.

We must also take note of the way this Bill was passed — it reeks of pettiness and lacks administrative astuteness.

First, the Bill was passed in a sneaky manner because it was not part of Wednesday’s agenda as discussed in the Business Advisory Committee (BAC) headed by the Speaker. Yet, it was introduced and passed.

Second, the law gives Police powers of “search and seizure”  on the basis of “reason to believe” that cattle is being sold, purchased or disposed of for the purpose of slaughter. So, if you want to harass anyone all you have to do is “entice” the Police to develop a “reason to believe” and you can have your vengeance.

This issue of just cow slaughter is only going to end up as a political game in which personal freedoms will be slaughtered and our Constitutional rights bloodied. Banning cow slaughter is going to send the practice underground and give birth to a new black market in which thugs, cops and Government Officers will thrive.

The bovine is not divine for politicians, it is just another electoral tool. Let’s hope the vegetables are not next. If anyone says this law is to protect bullocks… all we can say is, that’s just bollocks.

READ ALSO  Hindutva is a way of life: Speaker

P.S.: This “re-purposing” of the Cow Slaughter Act reminds us of a disturbing incident that happened in 2017. A Rajasthan High Court Judge, Justice Mahesh Chandra Sharma on his last day as Judge gave a talk after delivering a 139-page ruling (!) in response to a petition alleging maltreatment of cows in a local animal shelter.

In this last judgement, Justice Sharma had interesting insights into the animal kingdom. First, it was about peacocks when he momentarily turned into an Ornithologist and spoke about how peacocks procreate.  It seems it’s quite simple. The peahen drinks the tears of the peacock. That’s it.  Yes, a High Court Judge said that a peafowl is born when a peahen drinks the tears of a peacock!

Then while he recommended that the cow be declared India’s national animal, he also noted that cow was the only animal that inhaled and exhaled oxygen!

But the most disturbing aspect of the former Judge’s statement was when he in his 139-page judgement recommended “life imprisonment” for anyone killing a cow!

He even gave a reason why he thinks life imprisonment is justified, and it was simple like his peacock theory. He recommends life imprisonment because,  according to him there are “330 million Gods and Goddesses” that reside in a cow!

In any other country there would have been a call to review all the judgements pronounced by this Judge because his mind is irrational, prejudiced and compromised. And a compromised mind cannot deliver justice in a complex, multi-cultural and multi-religious society like ours.

This Judge’s statements will scare anyone who seeks justice. May be, it’s time to reassess how we select Judges. It’s not knowledge or education that makes a good Judge but a sense of empathy, humaneness, pragmatism and knowing the difference between “letter of the law” and  “spirit of the law.” Else, they will deliver only peacock justice!

3 COMMENTS ON THIS POST To “Cow Laws & Peacock Justice !”