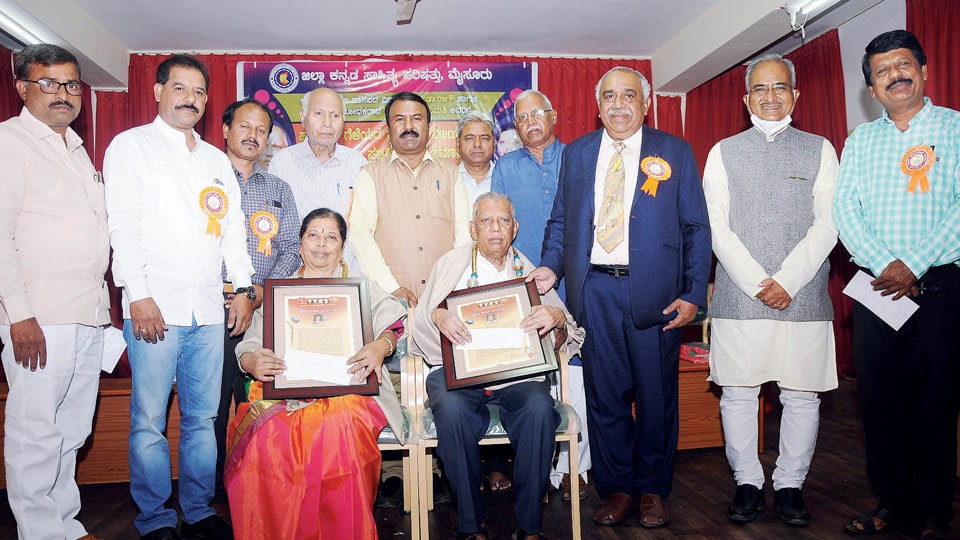 Observing that the word ‘Research’ should be interpreted in a broader scale, Dr. CPK asserted that research hugely helped Kuvempu in scripting the epic.

Mentioning about renowned writer Madhura Chenna, along with his peer writers such as Simpi Linganna and Kapase  Devappa, he said that the Prathistana was formed in 2013 in order to carry forward the literary activities of Halasangi  Geleyaru.

University of Mysore Vice-Chancellor Prof. G. Hemantha Kumar, who spoke after conferring the award to Dr. Ramegowda and Dr. Y.C. Bhanumathi, said that Dr. Ramegowda is a great scholar who contributed much for the University’s glory. Halasangi Award carries a cash prize of Rs.51,000 each and a citation.

He pointed out that Prof. Ramegowda as a poet, a folk scholar and a Researcher, had brought laurels to the Kannada literary world. Likewise, Research Scholar Dr.Y.C. Bhanumathi too has brought out 60 works through sheer determination and dedication in Editing and Research work, he added.