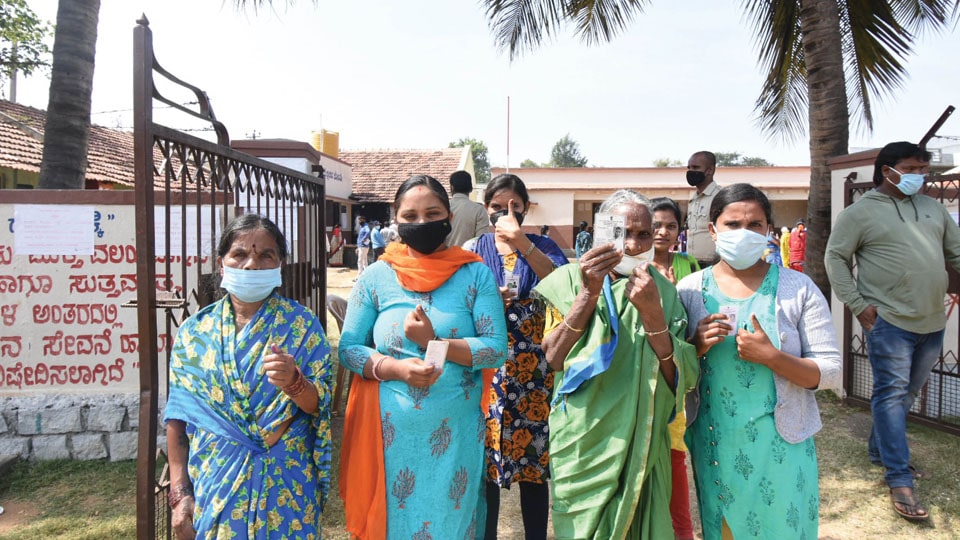 Bengaluru: The election to Gram Panchayats (GP) whose term will end in May and to all other vacant GP seats in the State  will take place on Mar. 29.

The general GP polls were held across the State in December last but polls did not take place to such GPs whose term had not ended by then. Now, the Election Commission is holding the polls for GPs whose term are set to end in May.

The State Election Commission, which has issued a notification to this effect, said that the Deputy Commissioners of the respective districts will issue poll notification for the GP polls on Mar.15. Last date for filing of nomination papers is Mar.19 and the scrutiny of nomination papers will take place the following day (Mar.20). The last date for withdrawal of nominations is Mar.22 and the polling will take place on Mar.29. The counting of votes will  be held  on Mar.31.

Polling for GPs whose term will come to an end in May includes Nerlige GP in Arasikere taluk in Hassan, Makavalli GP in K.R.Pet taluk and Belakawadi GP in Malavalli  taluk, Mandya; Gonikoppa and Ponnampet GPs in Kodagu.

Polling for 3 vacant seats in Hulimavu GP of Nanjangud taluk, one vacant seat of M.M. Hills GP, 2 seats of Yemmemadu GP  and 2 seats of Hothur GP  in Madikeri taluk, 4 seats of Thitimathi GP in Virajpet taluk, 3 seats of T. Shettahalli GP in Somwarpet taluk and  other vacant GP seats in the State.