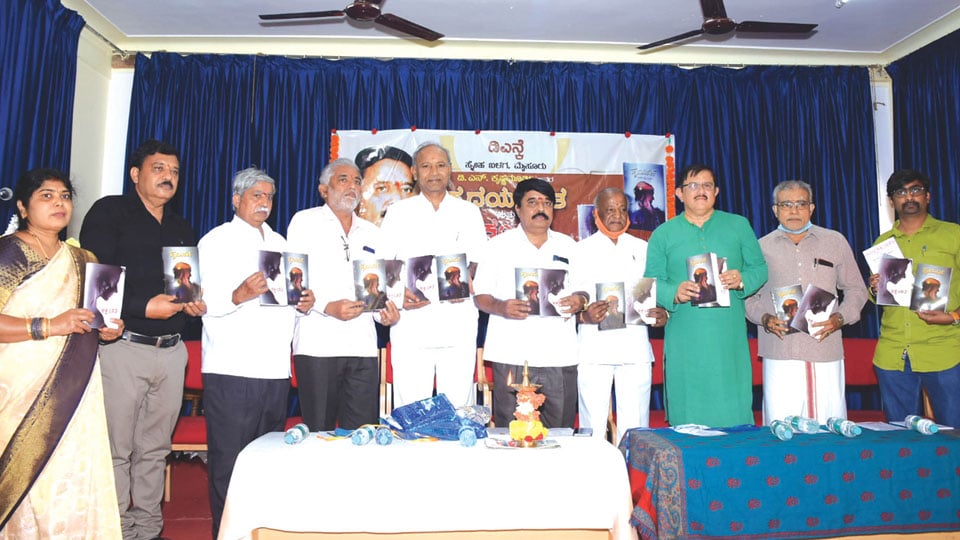 He was speaking after releasing two works of writer D.N. Krishnamurthy (DNK) — ‘Hrudayavantha’ and ‘Aakrandana’ — at a programme organised under the aegis of DNK Sneha Balaga, Mysuru, at the Institution of Engineers on JLB Road on Sunday.

Noting that the work ‘Aakrandana’ throws light on how a woman stands up against a fellow woman at a time when she has to stand up for her, Bharadwaj said that it is important that every human being loves himself/ herself, which later will transform itself into loving others. Pointing out that the work also explains on how a society can be corrected through Art and Literature, he stressed on the need for the society to be more caring for women.

Former Minister C.H. Vijayashankar, who spoke after inaugurating the event, said that passion and pact are both important in life. While passion spurs our life achievements, a good pact will help in understanding ourselves.

Maintaining that Mysuru has a long history, he said that Mysuru is home to many philosophers and scholars. The rich heritage of the city makes one to achieve something big in life, he added.

Senior writer Bannur K. Raju, in his address, said that it seems that writers have more responsibility in the present day world.

Stressing on the need for writers to transform the society through their writings, he said that it is important for the society to look up at purposeful literature. The literary works of DNK carry such a purposeful stuff, he added.

Kabbinale Vasanth Bharadwaj literature
‘No Time To Die’: James Bond is Back… in 3D!
‘B.V. Karanth should get global recognition’