Home » News » Reservation has continued in our country for social reasons: Writer 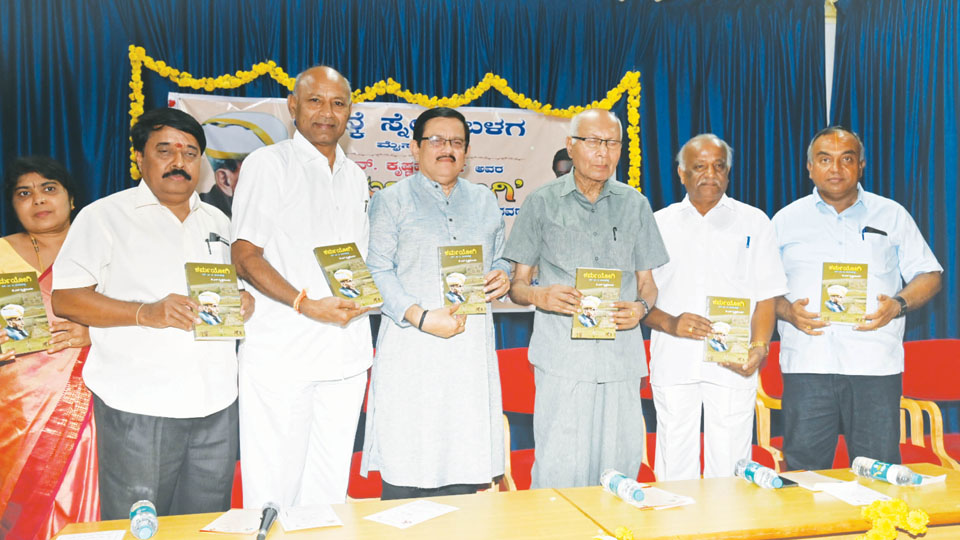 Reservation has continued in our country for social reasons: Writer

Mysore/Mysuru: Maintaining that there is no reservation system in any other country, writer Dr. Kabbinale Vasanth Bharadwaj said that reservation has continued in our country for several social reasons.

He was speaking at the 60th birthday celebration (DNK Aravattara Hejje) of writer D.N. Krishnamurthy (DNK) and release of DNK’s work ‘Karmayogi’, a book on Sir M. Visvesvaraya, at a programme organised by DNK Sneha Balaga at the Institution of Engineers on JLB Road here on Sunday.

Pointing out that Sir M.V’s decision to quit his Dewan post in protest against reservation in education and jobs is still a matter of debate, Dr. Bharadwaj opined that likewise, talent migration from India to western countries, too has become a matter of debate.

Recalling an incident when Sir MV had sought loans for travelling abroad from the then State Bank of Mysore, which he himself had established, on interest at par with the general public, he said that Sir MV was known for his high morality.

Maintaining that though Sir MV was a Brahmin, he never practiced brahminism nor bowed to any lobby, Bharadwaj said that the great engineer followed the principle of ‘work until the last breath’ and  advocated that success comes only from efforts, determination and dedication.

Noting that ‘Karmayogi’ book explains the life and times of Sir MV, he said that the book also highlights the contributions made by the great engineer in the construction of dams like the world famous KRS, establishment of industries, educational institutions and such others.