Home » Coronavirus Update » Dasara 2020 to be a low-key affair 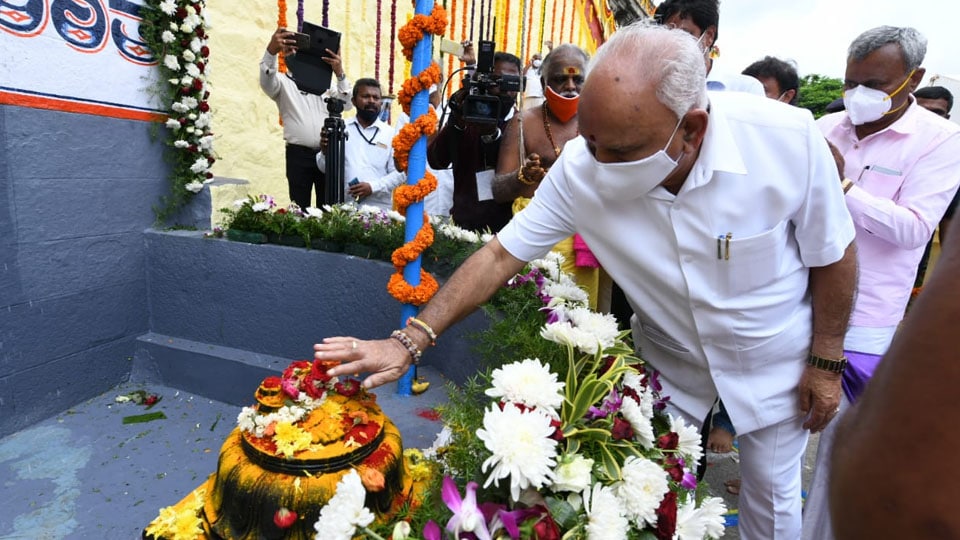 Bengaluru: It is official. Dasara 2020 will be a low-key affair due to COVID-19 pandemic but the celebrations will stick to the age-old traditions. This was announced by Chief Minister B.S. Yediyurappa in Bengaluru this morning before leaving to Mandya in a chopper to offer Bagina to Krishna Raja Sagar (KRS) Dam that is full to the brim.

The Naada Habba will be a simple but traditional affair with no large gatherings. With the CM’s announcement, it is clear that the State Government will follow the Odisha model where the famous Puri Lord Jagannath Yatra was symbolically held without people and tourists gathering to witness the grand spectacle. The entire event was aired live online.

Yediyurappa said that there have been several discussions at the Government level on how to conduct the Dasara festival in view of COVID contagion. “The Government has decided to celebrate the festival in a low-key manner but with adherence to traditions and not to hurt the sentiments of people. The modalities of the celebrations will be worked out in the due course, the CM said.

An estimated 10 lakh people visit Mysuru every year during the 10-day State-sponsored Dasara extravaganza. However, this year, dark clouds of COVID-19 have cast over the celebrations.

The strict norm of social distancing have to be followed at least till the pandemic is brought under complete control. Dasara is hardly two months away and the success of celebrations solely depends on surging crowds to see the caparisoned elephants and tourist footfall at various Dasara venues.

Mysuru’s tourism revenues, employment and employability too depend much on Dasara and with the Government deciding that the celebrations will be a low-key affair, tourism stakeholders stare at a bleak future.

COVID has already affected many international calendar events like Oktoberfest in Germany which has been cancelled this year.