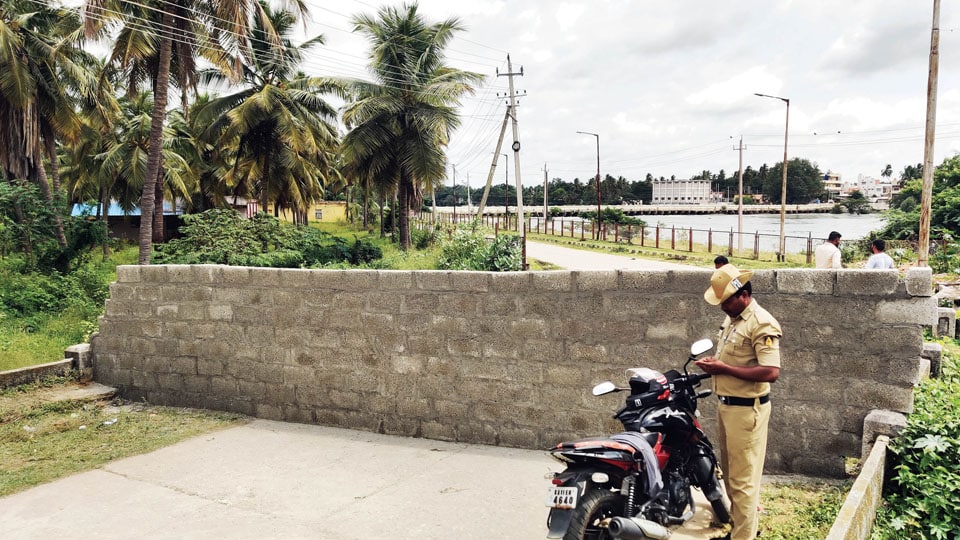 Srirangapatna: Over 75,000 to 1.50 lakh cusecs of water is being released from the Krishna Raja Sagar (KRS) Dam from today morning and as a safety measure, the Srirangapatna Taluk Administration has indefinitely banned public entry to all the tourist places on the banks of River Cauvery.

A communication signed last evening by Tahsildar Shwetha N. Ravindra, who is also the Taluk Magistrate, stated that Section 144 has been immediately imposed on all the tourist places and temples located on the banks of River Cauvery till further notice.

The order has been issued to protect the lives of people and livestock.

Following heavy discharge of water from the KRS Dam, the steps that lead to the river beside Nimishamba Temple have been submerged and ban orders have been imposed around the Temple where devotees are only allowed to enter the Temple and are barred from entering the river bank area.

Officials said that people come from far and wide to see the water release from KRS Dam and they stand over the bridge to see water gushing out with great force. The bridge is old and dilapidated and there is a risk and as such, a wall has been erected on one side and a barricade has been set up to prevent movement, officials said.

Following the tradition of offering ‘Bagina’ to the reservoirs that have filled up to the brim, Chief Minister Basavaraj Bommai is likely to do the honours on July 20. However, there is no official word on it as a decision is likely to be taken at a meeting to be held in Bengaluru today.