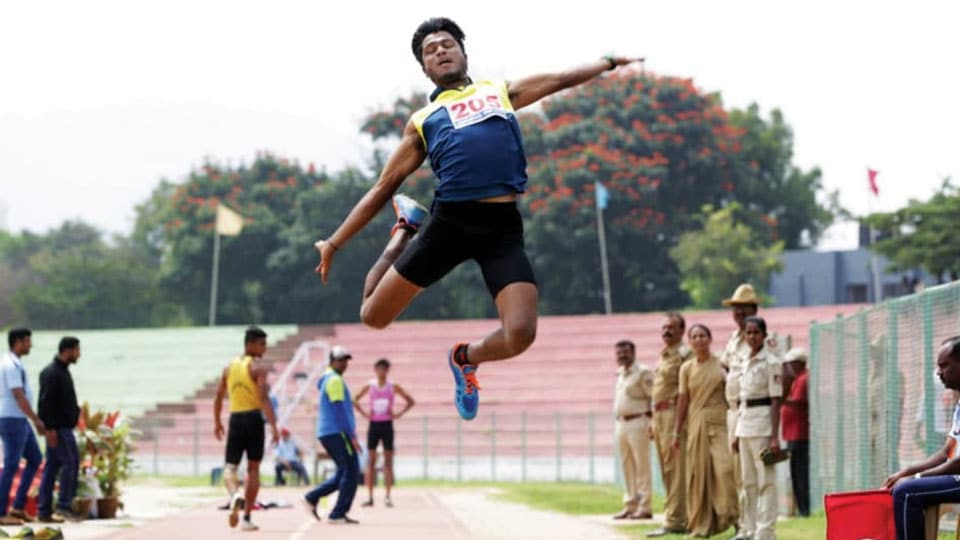 The Dasara Sports Meet will be held from Oct. 1 to 4 at the Chamundi Vihar Stadium, NIE Indoor Stadium, Mysore Tennis Club, D. Devaraja Urs Multipurpose Stadium, Indoor Stadiums at Maharaja’s College and Manasagangothri he said and added that the committee will organise 24 sports event during the four-day event.

Stating that about 4,500 athletes and 500 technicians from five divisions would take part in this year’s event, Somanna added that arrangements would be made to provide boarding and lodging facilities along with transport, medical among others.

He also added the in an effort to encourage youngsters to build confidence and cultivate adventurous attitude, the sports sub-committee would be organising adventure sports at Varuna Lakes and KRS Backwaters from Sept. 29 to Oct. 8.

This year, the watersports enthusiasts will take part in various activities has the authorities have organised a 3.5 km white water river rafting on River Cauvery from Hotel Mayura in Srirangapatna to Triveni Sangama. The participants would also be briefed about Garrison Cemetery, Diwan Pooranaiah’s House, Scott’s Bungalow and Gosai Ghat. This apart other watersports such as jet-skiing, speed boat, banana boat, kayaking, canyoning, aquaslide, water zorbing and others will be organised.

MP Pratap Simha and MLA L. Nagendra launched the Dasara Sports website www.karnataka.gov.in/dyes/dasara on the occasion. The website has the details of various sports activities, venues, contact and other details for the benefits of the athletes.

Meanwhile, the paring of wrestlers for the upcoming Dasara Wrestling Championship will be held tomorrow at the B.V. Karanth Ranga Mandira at 10 am. Those willing to participate must bring two passport size photos and two other photographs dressed in wrestling attire and submit them along with bank and aadhaar details.