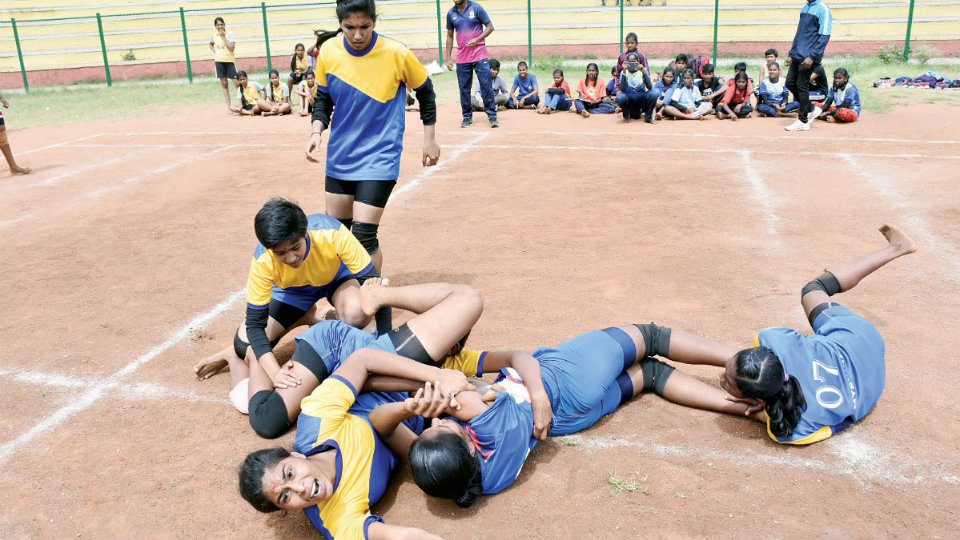 Dasara Games 2019, which has been restored to its earlier format of conducting the sporting events at the taluk, district, divisional and State levels, following a Court order, has already seen the Department of Youth Empowerment and Sports (DYES) completing the formality of organising the Dasara games at taluk, district and divisional levels. This year, the sporting event witnessed very less number of athletes taking part, all thanks to the lack of publicity at the moffusil centres.

Taluk level games in Mysore held on Sept. 16 saw minimum participation from athletes for various events. Athletes from rural areas could not take part as they had no information about the event. Instead, local athletes from Mysuru were asked to take part representing various taluks.

The moffusil talents were deprived of the opportunity to participate in the games as Taluk Level officers failed to field teams in different disciplines.

According to sources, the District level games held on Sept.19 received lacklustre response from athletes with only three to four of them taking part in each athletic event.

Some events also witnessed single participant for few events. While athletes placed in first, second and third positions had to be selected for the divisional level. Sources also said the 200mts sprint event for men saw only three athletes taking part.

This year’s divisional level meet for athletics was held in Udupi on Sept. 21-22.

For Mysuru athletes, it was a nightmare as they were asked to travel to Mangaluru on Sept.21, soon after taking part in District level meet. The athletes were made to travel overnight denying them proper rest.

The purpose of conducting the games in three different levels is to provide a platform for rural talents to flourish. This year, forget participation, some of the taluks did not even conduct the games and the district level which inaugurated in the morning got over in the afternoon. The divisional level also saw minimum participation. Athletes and sports enthusiasts have blamed the DYES, the organisers of the games, for denying opportunities to talented sportspersons and conducting the games without proper planning and publicity.

Funds allocated are wasted in the name of conducting the event and the quality of competition is also not up to the mark. With Divisional Games recording less number of athletes, the upcoming Dasara State Level Games starting from Oct.1 at the Chamundi Vihar Stadium is sure to witness minimum participation from the athletes.

There is a need for the concerned higher officials to take a serious note of the lapses in conducting the games. An enquiry needs to be initiated in this regard to set the things right and to ensure that more number of athletes take part in the coming Dasara games.