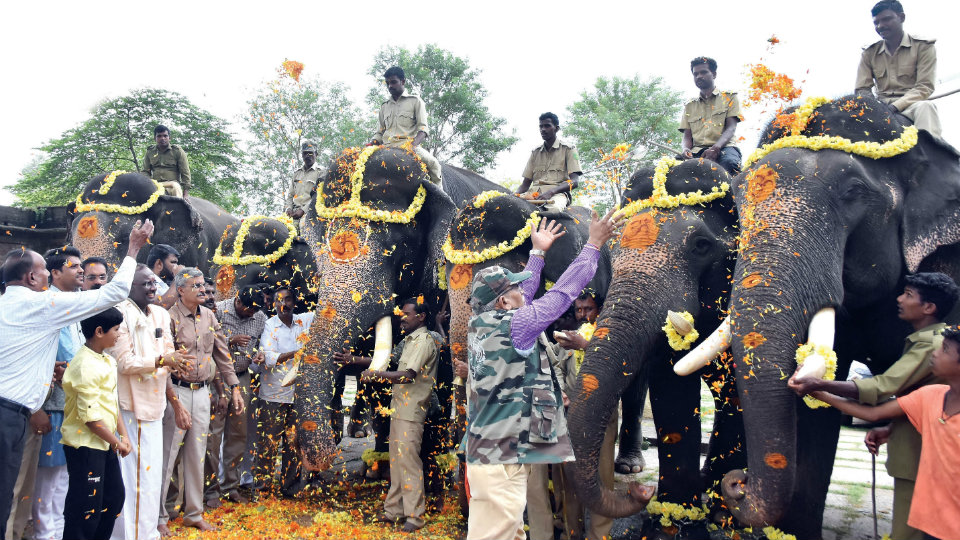 Priest S.V. Prahallad Rao along with other priests Shankar Prasad and Vittal Prasad performed paada puja with turmeric, kumkum and sandal wood paste and Shodashopachara Puja to all the elephants in the auspicious Abhijin Lagna between 12 noon and 2 pm. After the puja, the elephants were offered various delicacies including kadabu, modaka, banana, sugarcane and jaggery. Many tourists visiting the Palace witnessed the puja ceremony and took selfies with the pachyderms relishing delicacies offered as naivedya.

According to the tradition, these Dasara elephants are perceived as manifestation of elephant headed deity Lord Ganesha and hence are offered puja during Ganesha festival every year.