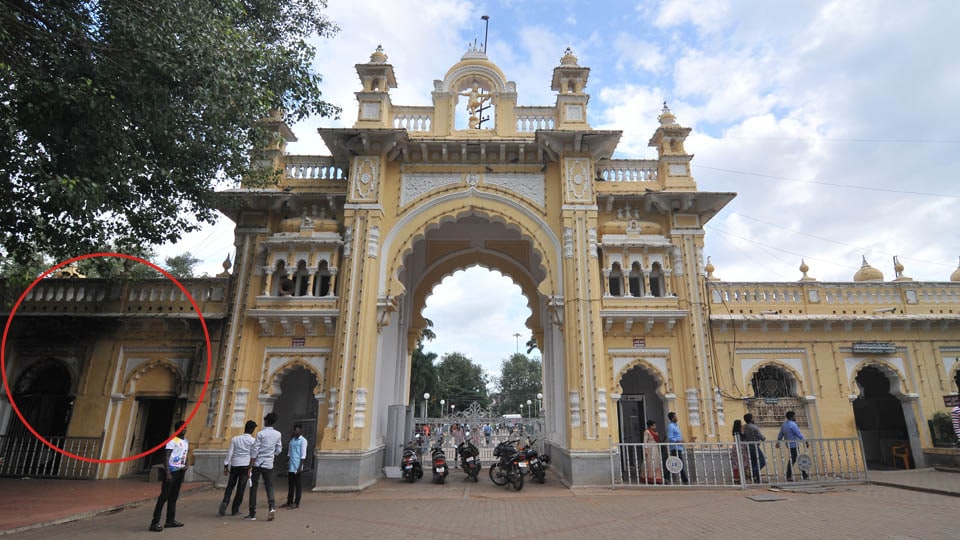 Mysuru: It is more than two months (May 12, 2017) since the ATM at the Varaha Gate in the Mysore Palace was completely gutted in an accidental fire. However, until today, it stands as an ugly testimony to the neglect of the authorities concerned.

The State Bank of India ATM booth attached to the Mysuru City Corporation (MCC) branch, located at Varaha Gate was installed on demand from the people. The fire had not only damaged the ATM, it also damaged the security room and the electrical wires of ticket counter specially opened for senior citizens on the left side of the ATM. 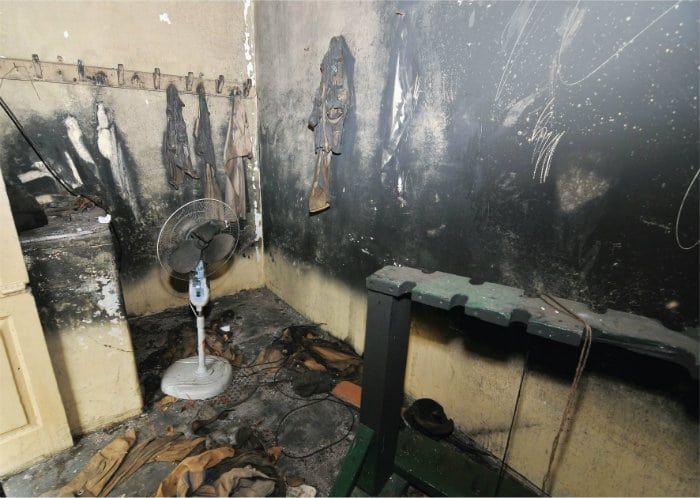 The Mysore Palace is the most visited tourist destination in the city and to have this charred site at the entrance does little to behove the responsibility of the people, in charge of the Palace. The utter neglect shown by them is so visible that the burnt objects including the ATM, the fan and the uniforms worn by the security guards in the room all remain intact.

When the visitors pass by the charred rooms to deposit their belongings in the luggage counter, they feel sad and questions asked. Sadly, even this has become a tourist point now. More importantly, as the security room to keep the weapons is gutted, concerns are now about where to keep the weapons. 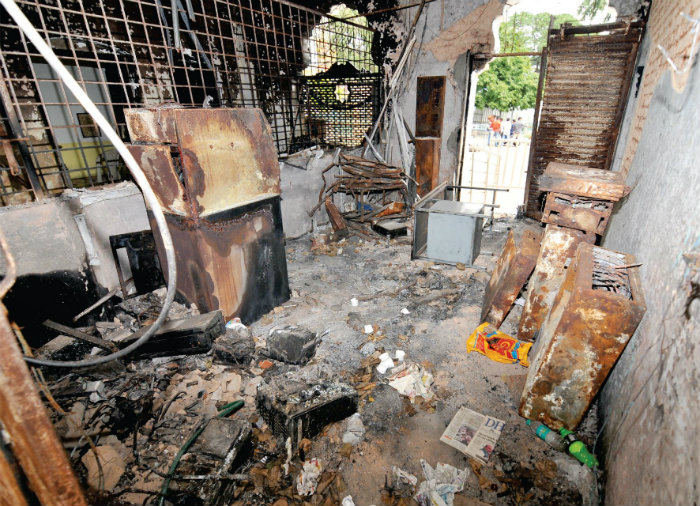 The security guards also are a deprived lot as they do not have a place to rest during their off duty hours and the Police who are there to protect the tourists cannot protect themselves with the callous and negligent attitude of the officials, said a tourist who was shocked to see the condition of the place.

Added to this, the rodents and the peeling plaster which is rendering the remnants of the rooms in a dangerous condition is also worrying the security guards, said a staff on condition of anonymity.