Home » Columns » Abracadabra By K. B. Ganapathy » Days of reckoning for Co-op. Banks 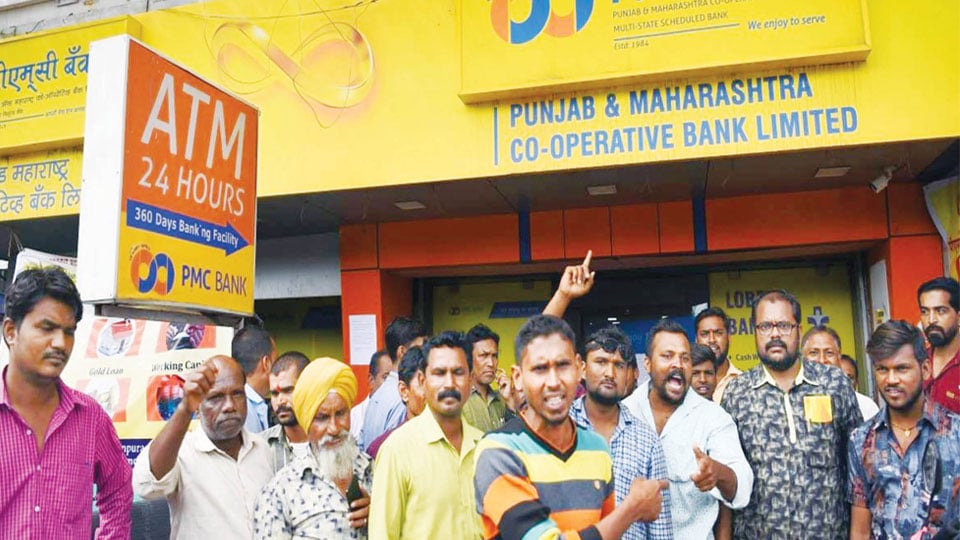 Days of reckoning for Co-op. Banks

First an anecdote: My friend Rahul, a Bank Manager, got a rural posting. A tribal came for a loan of Rs. 2 lakh to buy buffaloes and start selling milk.

Rahul explained that Bank needs equal amount of security in the form of an asset. The tribal asked since the Bank will be charging interest, then why a collateral?

Rahul kept explaining. The tribal agreed to keep his house as security. The formalities were completed and loan of Rs. 2 lakh was sanctioned at 9 percent interest repayable in five years.

After six months, the tribal returned to pay off the entire loan amount as his business was going on very well and making good money.

Rahul, the Bank Manager, thought of his Deposit target for March and asked what he is doing with the money earned. He replied that he kept it in his house in a locked box.

Rahul was so happy to hear that. He told the tribal that he can keep the money with the Bank and Bank will pay him interest.

Now comes the most interesting part which describes the state of our Banks. The tribal asked, “What collateral security will your Bank give??”

Imagine 17 lakh (17,00,000) depositors of a long-trusted and patronised Co-operative Bank, Punjab and Maharashtra Co-operative Bank (PMC) — wonder how this combination in the name happened — suddenly finding that they cannot withdraw their own money as and when and in amounts they wished to.

Surely they must have gone into a shocked stupor. In cities, money is the main lifeline for a person after air and sunlight. Which is why, he keeps it in a safe and secured place that the Government has declared as such — Banks and Financial institutions. Among the Banks, the mainline Banks are Public Sector Banks (PSBs) owned by the Government, Private Sector Banks and Co-operative Banks, regulated by the Bankers’ Bank the Reserve Bank of India (RBI).

My personal experience since 1970 as a small-time entrepreneur was that the PSB is for those with political contacts, Private Banks for the rich and famous, the Co-operative Banks and Financial Institutions for small-time entrepreneurs. As for regular Savings Account and Fixed Deposits, the middle class and the salaried people prefer Co-operative Banks for reasons of convenience — easily available loan at low interest rate, higher interest for deposits and more than all these, no hassles as in the case of other Banks and Financial Institutions.

So then, what happened in the case of PMC Bank?

There was one Dewan Housing Finance Corporation Ltd. (DHFL), a small NBFC (Non-Banking Finance Company) owned by one Rakesh Wadhawan and his son Sarang Wadhawan (known to friends as Sunny). According to reports, the Wadhawans saw an opportunity to make it big as Realtors when the Maharashtra Government passed the Slums Rehabilitation Act 1990 (SRA). They decided to leverage their connections with the politicians to land lucrative SRA Projects, naturally running to crores of rupees.

For this purpose, they founded another company called Housing Development and Infrastructure Limited (HDIL) in 1996 and worked their way to get the PMC Bank to extend a loan of a whopping sum of Rs. 6,226 crore, which according to reports is 73 percent of the Bank’s total assets! And given to one borrower!! How much of it is secured loan and how much is unsecured loan is anybody’s guess. According to a TV panel discussion, this was enabled by creating some 21,000 fake accounts. Thus a scam of such a magnitude.

But soon the borrower (HDIL) defaulted, the account became irregular and the Bank was feeling the heat with so much money loaned to one party.

There is a crisis. Enter the RBI — like the fool closing the gate after the horses have fled. Sadly, its intervention was also a shocker to the account holders. RBI first capped the withdrawals by the account holders to Rs. 1,000 (peanuts!). Later to Rs. 10,000 and when everybody protested, it was raised to Rs. 25,000 as on last Thursday. Many of these depositors have their financial future hermetically sealed to this sinking Bank.

With so much of money coming their way, the Wadhawans’ lifestyle too changed to being Kings of Good-times. We know whatever happened to the original King of Good-times. Surprisingly, no Government agency, the so-called regulatory authority, the RBI etc., questioned or even enquired into the kind of luxurious, indulgent life these borrowers from PMC Bank were leading. The innocent, trusting, gullible depositors of PMC Bank were actually financing the super-rich lifestyle of Wadhawans.

They owned private jets, luxury yachts, fleet of super-luxury cars, you name it, it is with them including two Rolls-Royce, a house in Mumbai with 22 bedrooms and in foreign countries. Of course, the gun-toting foreign bodyguards !

And then there was a restructuring of the two companies — while Rakesh Wadhawan and his son Sunny took charge of HDIL with the creamy layer that dealt with the Maharashtra Government’s SRA Projects, brother of Rakesh, Rajesh (Dewan) and his two sons took over the original DHFL. What was the motive, only the authorities like the Registrar of Companies, IT, ED, RBI etc., should divine. Let it be. The truth, rather the bitter truth,  today is that while these Wadhawans became billionaires, the PMC Bank, holding the destiny of its 17 lakh depositors, seems doomed.

A national English newspaper had published about the flamboyant lifestyle of Sunny Wadhawan mentioning how Bollywood top stars used to attend their grand parties and once Sunny and his wife Anu had flown-in a Chinese circus for their daughter’s first birthday… It is okay, if it was their money. But it was certainly not. It was at the cost of 17 lakh depositors.

READ ALSO  Musings On An Assassination

By 2013, their business empire began to develop cracks following termination of their contract to re-develop the slums around the Airport by the Mumbai International Airport Limited. This set-back followed by the new Modi Government in place in 2014 almost sealed the fate of Wadhawans. But, paradoxically, Congress Party Spokesperson has said that this PMC scam has strong BJP links with 12 Directors on the Bank’s Board! What was Modi Government doing? Slow coach? Or… GoK !

Whatever it be, the good news for the 17 lakh depositors is that the Economic Offences Wing (EOW) of the Mumbai Police have arrested the borrowers (HDIL promoters Rakesh Wadhawan and Sarang Wadhawan) who defaulted. Among the other arrested was the former Chairman of the PMC Bank Waryam Singh. The media reports say that according to the FIR the officials of the Bank and HDIL Group have allegedly caused losses of Rs. 4,355 crore to the PMC Bank.

The Police had earlier arrested PMC Bank Managing Director Joy Thomas. All of them are in Police custody. The ED has also attached several assets belonging to the accused last Saturday. But the question is: Will the 17 lakh depositors get their money back?

That indeed is a million dollar question. If only the Regulators (whoever that faceless, irresponsible entity is), supposed to act as watch-dogs for the depositors, had acted (or barked!) in time. A stitch in time saves nine and, in this case, it would have saved the PMC Bank and its 17 lakh customers.

As I was reading the report about these Wadhawans I chanced to read how they ventured into the world of horse-racing in about 2008 with over 100 horses, valued at about Rs. 20 crore. I was reminded about our own Mysore Race Course (MRC) which some politicians with Realtor interest wanted to be shifted out.

It was alleged that Wadhawans made the foray into racing aimed at ‘currying favour with the RWITC (Mahalaxmi Race Course Authorities) and get them to develop a portion of that Race Course into a commercial venture! Wonder how deep, widespread and sinister are the scheming and cunning of these adventurous Realtors. Who knows, the intention of those who wanted MRC shifted could also be suspect like that of the Wadhawans !

As long as politician-bureaucrat (IPS, IAS and the rest) nexus is allowed to operate with impunity, this kind of scams and scandals are bound to take place despite laws to check them.