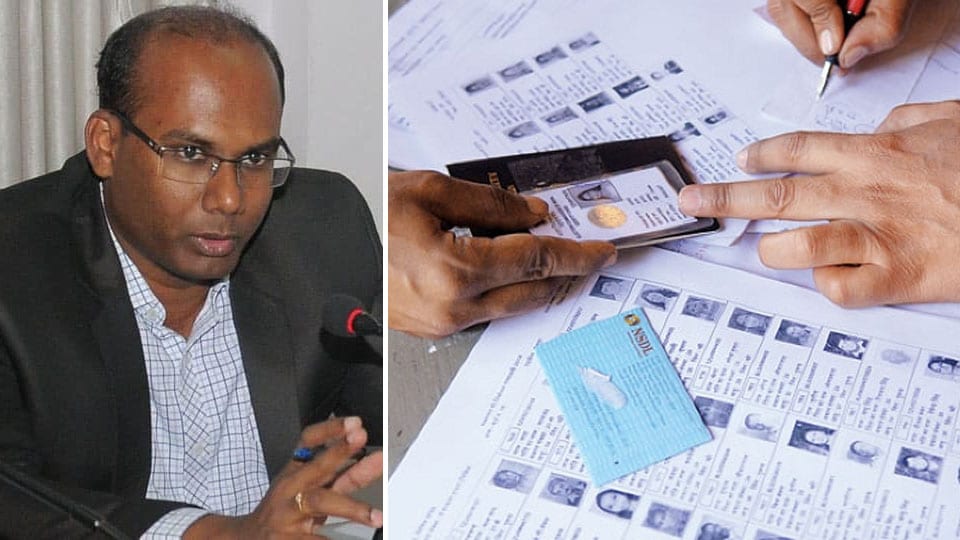 The sudden and abrupt transfer of an efficient, effective, people-friendly and non- controversial  Deputy Commissioner of Mysuru, D. Randeep, after one-and-a-half-years in Mysuru, to a smaller district of Hassan, just three months before the crucial Assembly polls, which is  a step down job, raises more questions than answers from the citizens’ perspective.

If the grapevine is to be believed, it is the enquiry envisaged by the DC to enquire into the alleged deletion of thousands of voters’ names from the electoral rolls, a gross malpractice in connivance with the crony officials as alleged by a former Minister of the Opposition party. If this is true, then it is a diabolical game played by the politicians to subvert democracy and deprive the citizens of their legitimate right to exercise their franchise.

I hope the Election Commission (EC) of India represented by the Chief Electoral Officer of Karnataka will take cognisance of this fraud and reposition Randeep as the DC of Mysuru once the election dates are announced and the model code of conduct comes into effect. The EC  should also take similar action regarding all other senior officials who have been abruptly transferred with an ulterior political motive.

This action by the Election Commission will restore people’s faith in the democratic system and the people of Karnataka should teach these political masters a befitting lesson in the ensuing Assembly polls.