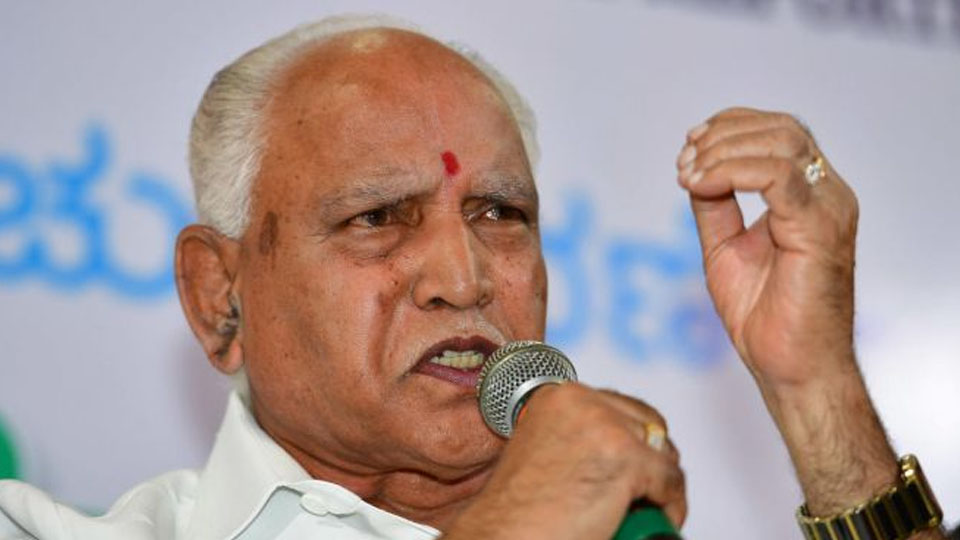 Announcing this a press meet here this morning, City BJP President Dr. B.H. Manjunath said that before the elections, CM H.D. Kumaraswamy in JD(S) manifesto, had promise farm loan waiver within 24 hours of coming to power. But even after a couple of days of assuming power as CM, Kumaraswamy is yet to announce the farm loan waiver thus failing to keep ;his promise.

As such, the BJP State Unit Chief B.S. Yeddyurappa has called for a State-wide Bandh, except in Bengaluru, tomorrow to press the government for declaring loan waiver.

Seeking the co-operation of citizens for voluntary enforcement of bandh, Dr. Manjunath appealed all educational institutions, hotels and restaurants, business houses, commercial establishments, cinema halls, etc. to shut down from dawn to dusk in the interest of the farming community, which is in deep distress.

Continuing, he said the BJP will stage a massive protest at Gandhi Square at 10.30 am tomorrow as part of the bandh.

Reiterating BJP’s commitment for addressing agrarian issues, he said that the BJP would exert constant pressure on the Congress-JD(S) coalition government for full farm-loan waiver.

Even as State BJP Chief B.S. Yeddyurappa has called for a State-wide bandh tomorrow to press the government for full farm loan waiver, the Mysuru Hotel Owners Association has extended its moral support to the bandh.

However, no hotels and restaurants will be closed in the city tomorrow, as shutting down will lead to a lot of inconvenience to the tourists and other visitors, who have been thronging the city for the past few days, especially from neighbouring States.