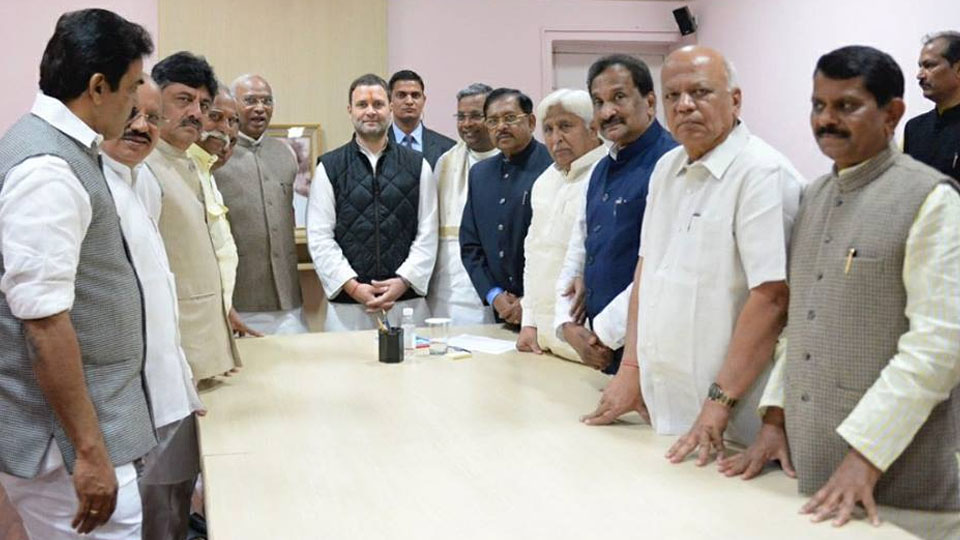 Bengaluru:  A day after Chief Minister H.D. Kumaraswamy won the vote of confidence in the floor of the Assembly, Congress leaders from the State left for New Delhi yesterday to discuss Cabinet formation and allocation of portfolios with the Party High Command.

With too many leaders aspiring for Ministerial berths, the Congress High Command is likely to layout guidelines, based on which Ministers will be selected, keeping in mind caste  and regional equations.

The Congress State Unit is said to be not entirely satisfied with candidates shortlisted and leaders want to ensure that caste and regional representation are considered. Parleys between the coalition partners on Cabinet expansion began soon after Kumaraswamy won the trust vote on Friday. Another round of discussions took place at a private hotel on Saturday between the CM and AICC Gen. Secretary in-charge of Karnataka K.C. Venugopal, Siddharamaiah and Dr. Parameshwara.

Amidst all these developments, CM Kumaraswamy dismissed reports about any confusion over Cabinet formation.

Meanwhile, in another development, Kumaraswamy who was expected to meet Rahul Gandhi on Sunday morning to sort out the issue of Cabinet formation, re-scheduled his visit to Delhi with Rahul Gandhi  scheduled to leave for USA tonight, it is learnt.