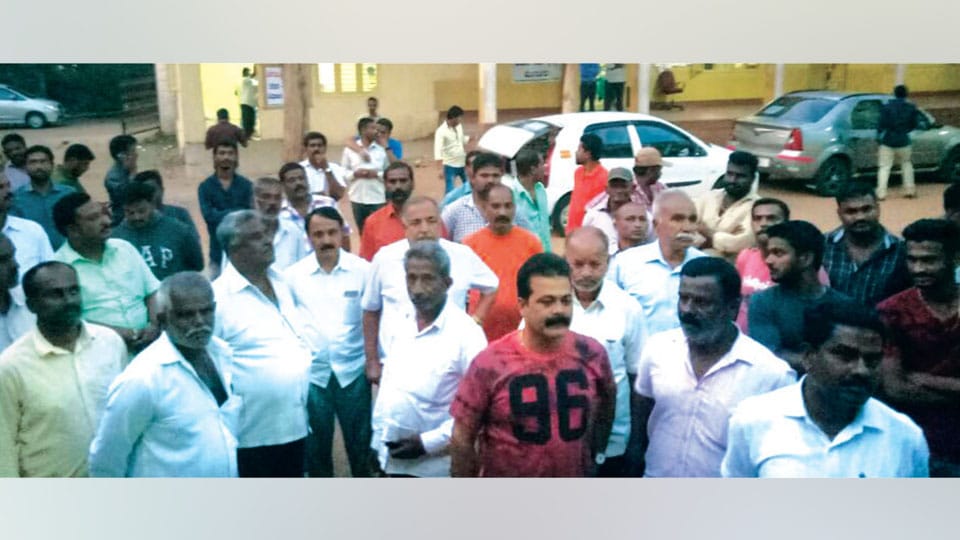 Hunsur: A case has been filed against Hunsur Congress MLA H.P. Manjunath’s brother H.P. Amarnath and three others for posting derogatory content on Facebook against Vokkaliga community.

The case has been filed in the Hunsur Town Police Station by K. Ganesh Gowda, son of former MLA Kariyappa Gowda and the Vice-President of Hunsur Taluk Vokkaliga Sangha.

Ganesh Gowda has demanded the immediate arrest of H.P. Amarnath, MLA’s driver Sunil and his relative Vasanthkumar Gowda for the comments against Vokkaliga community.

In his complaint, Ganesh Gowda has said that if Amarnath and his associates were not arrested or externed from Hunsur immediately, the Vokkaliga Sangha members would stage a protest in front of the Election Officers.

Acting on the complaint, the Hunsur Town Police Station Officers have booked a case under IPC Sections 153B (assertions prejudicial to national-integration), 503 (criminal intimidation), 109 (abetment) and 34 (acts done by several persons in furtherance of common intention).

Hundreds of Vokkaliga community members had gathered in front of the Police Station yesterday when the complaint was filed.

Ganesh Gowda alleged that Sunil and Amarnath instigated Vasanthkumar Gowda to upload such derogatory post on Facebook that divides voters on the lines of caste, religion and community. Such posts also lead to communal clashes, he said demanding the immediate arrest or externment of the accused.